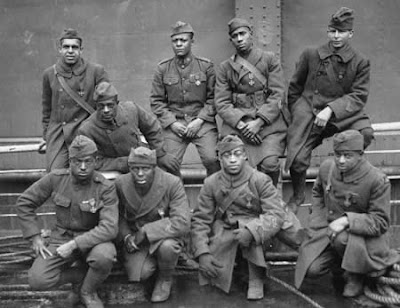 African-American soldiers of the 369th (15th New York) who won the Croix de Guerre for gallantry in action.

I love looking at photographs from the period I’m researching. It reinforces that I’m reading about real people, who lived real lives, far beyond what I can know of them.