I’ve been putting together my thoughts on how I include history in novels, for example the World War One detail in Moonlight Mistress.

The first thing is to create a sense of normality. The characters do ordinary things in an ordinary way; ordinary, that is, for this year in this place. Specificity is key.

For example, in writing description, writing teachers often laud the virtues of specificity: not a flower, but a freshly unfurled red tulip as bright as candy. 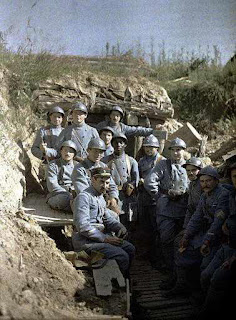 When a novel is historical, you don’t have to make up most of those details; your research takes care of that. I research, as most people do, far more than I “need” to research, but that extra effort can pay off in unexpectedly useful ways. So the first thing is knowing specific details, or having them handy for when they’re needed.

The second thing is an ongoing process. I don’t insert my historical factoids at precise, mathematically calculated intervals. I drip them in instead, like rain working its way through a roof to occasionally trickle down your neck. This I can break down into a numbered list.

1. If you have an opportunity to use a historical detail rather than a vague detail, do it. Don’t rummage in your pocket; rummage in the pocket of your poplin shirtwaist.

2. It helps to keep in mind what has changed between then and now. Those are things the reader needs to know to before they can be immersed in this new world. To a character in 1914, the daily arrival of the iceman would be an ordinary event; so if you need a bit of business to dress up a conversation, perhaps you could interrupt their conversation, briefly, by the iceman’s arrival. 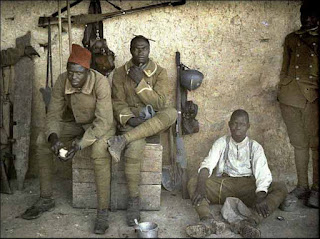 3. Details work better in action than in description alone; that’s a general principle I’ve seen in many guides to writing. So one can describe a room and note the collection of hats on a hatstand, because women wore hats every day, but it’s better if the reader sees those hats because the woman is selecting one to wear for an afternoon’s shopping. Details inserted in this way can accumulate to good effect.

4. A big pet peeve of mine, which I will never write, and I recommend no one else write either: “Oh, come now! It’s [name your year/era]! We’re modern people, we don’t do that any more!”

5. And sometimes one does simply describe, just as in non-historical writing. Don’t go overboard in avoiding brief descriptive passages. If the character is visiting a huge, magnificent site, they would take note of its hugeness and magnificence and spend a few moments looking around before doing anything else.

The photos in this post are from World War One. Yes, they did have color photographs!

Related Posts:
Synergy in Writing and Research.
Reading for the Writer.

What are your tips and tricks for writing historical settings?

Victoria Janssen [she, her] currently writes cozy space opera for Kalikoi. The novella series A Place of Refuge begins with Finding Refuge: Telepathic warrior Talia Avi, genius engineer Miki Boudreaux, and augmented soldier Faigin Balfour fought the fascist Federated Colonies for ten years, following the charismatic dissenter Jon Churchill. Then Jon disappeared, Talia was thought dead, and Miki and Faigin struggled to take Jon’s place and stay alive. When the FC is unexpectedly upended, Talia is reunited with her friends and they are given sanctuary on the enigmatic planet Refuge. The trio of former guerillas strive to recover from lifetimes of trauma, build new lives on a planet with endless horizons, and forge tender new connections with each other.
View all posts by Victoria Janssen →
This entry was posted in historical fiction, writing craft. Bookmark the permalink.

5 Responses to Historical Detail in Fiction