How To Learn to Write

I was reading an article about how to write scenes. The article provided a list of things that needed to be included in a scene. They were all very useful suggestions. There were a lot of them. I imagined being a beginning writer, trying to learn to write, reading this article; I imagined her memorizing that list of suggestions, and carefully checking each of her scenes to make sure each element was included in each of her scenes, and I rebelled.

Articles that break down story structure are great and useful, but I think, at the beginning, they don’t really help. Sure, you can build a scene from a numbered list, and that will give you a skeleton, but you’ll still need to do a lot more with that scene to make it live for the reader.

It’s my belief that there are too many variables involved in writing to learn them from a list. There’s only one way to learn to write, and that is to write. 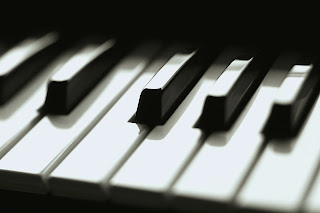 Until you’ve written a certain amount of fiction, all those handy articles on writing can only give a surface understanding. Writing yourself is the only way to realize how difficult writing really is, and how complex. I firmly believe there’s no way to truly understand some problems inherent in writing unless you have the problems first, and struggle through to answers for those problems.

Call it “finger exercise” if you want.

Writing isn’t that much different from being a musician or an athlete. There’s a certain level of the work that takes place below the surface of your brain, and you can’t reach that ability until you’ve practiced enough to lay the paths for it. Reading articles can help you interpret what you’ve been doing, and writing can help you interpret articles, but if you don’t actually write, then the process is stymied.

The only way to learn to write is to write.

6 Responses to How To Learn to Write