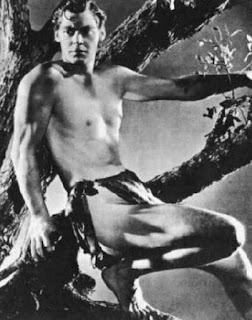 Happy Friday!
I am beginning to have a theory about different types of erotic novels which are meant to appeal to different tastes or moods of their readers. One type privileges the sex scenes over other types of scenes, which may be given short shrift. To me, this type of book seems more easily broken apart into a series of scenes meant to be read one at a time, perhaps one each night. Forward motion is less important than dwelling in each scene as it happens. The reader can get to know the characters, and added familiarity with them adds to the enjoyment of each subsequent scene, but there’s not plot-fueled rush to find out what happens. Examples might be Passion by P.F. Kozak and Kate Douglas’ Wolf Tales series, or Emma Holly’s Velvet Glove.
There’s also a type of erotic novel with a driving plot; it doesn’t have to be a complex or elaborate plot, but there is a problem the characters must solve, with the sex scenes advancing them towards that goal. The goal might be a romantic relationship or sexual discovery or might be something else. The sex is likely to be part of the problem and its solution. Examples might be sEmma Holly’s vampire books or All U Can Eat, or Kate Pearce’s Regency Simply series.
I have to think more on this–it’s still a vague shape in my mind. I’d appreciate comments if you have them.
The picture is of Johhny Weismuller.

Victoria Janssen [she, her] currently writes cozy space opera for Kalikoi. The novella series A Place of Refuge begins with Finding Refuge: Telepathic warrior Talia Avi, genius engineer Miki Boudreaux, and augmented soldier Faigin Balfour fought the fascist Federated Colonies for ten years, following the charismatic dissenter Jon Churchill. Then Jon disappeared, Talia was thought dead, and Miki and Faigin struggled to take Jon’s place and stay alive. When the FC is unexpectedly upended, Talia is reunited with her friends and they are given sanctuary on the enigmatic planet Refuge. The trio of former guerillas strive to recover from lifetimes of trauma, build new lives on a planet with endless horizons, and forge tender new connections with each other.
View all posts by Victoria Janssen →
This entry was posted in erotica, genre. Bookmark the permalink.