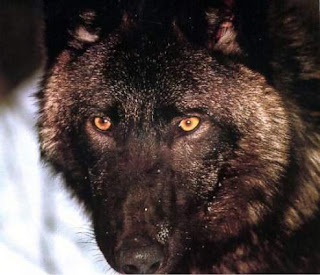 The werewolves aren’t the main characters; their presence generates plot because an evil scientist tortures them with his experiments. It’s the human characters who rescue them and send them off to what I hope will be another story, their own story.

World War One supplies plenty of conflict, but it all revolves around soldiers, refugees, the wounded, and the dead. Despite my deep interest in reading about the war, I didn’t want this book to be grimly realistic. There are plenty of memoirs and other works of nonfiction where those details can be found. I chose to use enough details to give the reader an idea of the time period, but not so many as to give them nightmares.

It was a tricky balance of realism and fantasy. Too much realism, and the book isn’t fun anymore. Too much fantasy, and the book loses plot tension. I balanced the two elements by giving my werewolves realistic characterization.

One werewolf is a soldier, the other serves as a spy. Their werewolf attributes are more science fictional than fantastic. I didn’t want to travel too far from a “realistic” or “mimetic” approach, so I decided their transformations would not be linked only to the full moon, and that the full moon would not force a change. I also decided that being a werewolf was hereditary, and though interbreeding with humans was possible, the trait rarely passed down in its entirety. I didn’t go into the actual mechanics of transformation, but described it as a physical process rather than a magical one. I wanted the werewolves to seem as if they belonged, as if they, too, were part of the historical setting.

Victoria Janssen [she, her] currently writes cozy space opera for Kalikoi. The novella series A Place of Refuge begins with Finding Refuge: Telepathic warrior Talia Avi, genius engineer Miki Boudreaux, and augmented soldier Faigin Balfour fought the fascist Federated Colonies for ten years, following the charismatic dissenter Jon Churchill. Then Jon disappeared, Talia was thought dead, and Miki and Faigin struggled to take Jon’s place and stay alive. When the FC is unexpectedly upended, Talia is reunited with her friends and they are given sanctuary on the enigmatic planet Refuge. The trio of former guerillas strive to recover from lifetimes of trauma, build new lives on a planet with endless horizons, and forge tender new connections with each other.
View all posts by Victoria Janssen →
This entry was posted in paranormal, werewolves, writing craft. Bookmark the permalink.

1 Response to Why Werewolves?