Online Promotion – Is It Worth It? 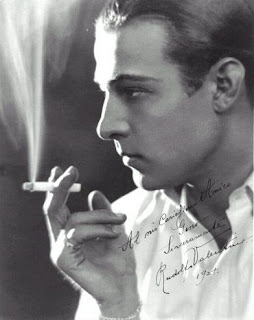 Every little bit helps – that’s what I tell myself when I think about online promotion. I also tell myself not to get too excited about it.

There are all sorts of guides to help an author through the process of promoting their book online and to tell them how to keep that effort ongoing. I find them all a bit depressing. The reason? I know how big the internet is.

“Space is big. You just won’t believe how vastly, hugely, mind-bogglingly big it is. I mean, you may think it’s a long way down the road to the chemist’s, but that’s just peanuts to space.” –Douglas Adams, The Hitchhiker’s Guide to the Galaxy

The internet may not be as big as space, but it’s much, much bigger than I can comprehend. There are blogs and websites that I will never, ever encounter, no matter how many odd searches I run. True, a lot of those sites won’t be relevant to my book, so aiming publicity in those directions wouldn’t do me any good. But it only drives home to me the sheer number of people who use the internet every day. Beyond that, there are billions of people who never use the internet at all. Anything I do online, therefore, is a drop in the bucket. Even blogs with traffic in the thousands every day are tiny, when you think of them in comparison to The Daily Dish or Mashable or BoingBoing.

There are ways to reach a bigger audience on the internet, but I’m not sure I want to do that. It takes time and money to promote via an author newsletter and contests and the like. The time, especially, I grudge. I don’t want to take time away from writing fiction to promote so extensively. I don’t think it’s necessary to familiarize the entire internet with my name and book titles, only those who might want the information (or that I assume might want it). This is especially true because I write erotica. There is a very large audience who don’t like erotica whom I feel it’s useless for me to approach. Some readers from that audience really, really don’t want me to approach, and I am fine with leaving them alone.

I promote online anyway, to some extent. I’m, hopefully, promoting to an audience already disposed to be interested in my writing, which makes the effort more valuable in comparison to the time spent. I write guest posts for other people’s (relevant to my writing) blogs, announce my publishing news on various social networking sites, and have an author website. If nothing else, those things mean that readers who might want to send me email have an address where they can send it. The excerpts and information I provide on my books might persuade a reader to buy my book. It might not make a difference to the masses of people out on the internet, but it makes a difference to those few. If I’m lucky, some of those few will like my writing enough to recommend it to others, whether online or otherwise.

However, online promotion makes a difference to me, too. Promoting is doing. It’s an aspect of writing which is under my control. When so much about publishing is not under my control, that’s perhaps the most important reason to promote online.

As for this blog, it’s not really a promotional vehicle, though I do promotional things on it. I just like to talk about writing and publishing and books…if people read it, that’s extra. If readers comment, that makes blogging more fun, but it isn’t necessary. I needn’t fear I’m forcing my opinions on anyone, as they can read or not read as they choose. Most importantly, I enjoy it.

So what do you think? Do I have it all wrong? How has the online promotion business been for you? Good, bad, indifferent?

Victoria Janssen [she, her] currently writes cozy space opera for Kalikoi. The novella series A Place of Refuge begins with Finding Refuge: Telepathic warrior Talia Avi, genius engineer Miki Boudreaux, and augmented soldier Faigin Balfour fought the fascist Federated Colonies for ten years, following the charismatic dissenter Jon Churchill. Then Jon disappeared, Talia was thought dead, and Miki and Faigin struggled to take Jon’s place and stay alive. When the FC is unexpectedly upended, Talia is reunited with her friends and they are given sanctuary on the enigmatic planet Refuge. The trio of former guerillas strive to recover from lifetimes of trauma, build new lives on a planet with endless horizons, and forge tender new connections with each other.
View all posts by Victoria Janssen →
This entry was posted in blogs, business of writing, promo. Bookmark the permalink.

11 Responses to Online Promotion – Is It Worth It?