“Resting” is an active verb. You’re doing something if you’re resting. In other words, if I’m not writing, I am resting. I am making an effort to not-write.

(Remember how I keep saying writing is all about psyching yourself into it?) 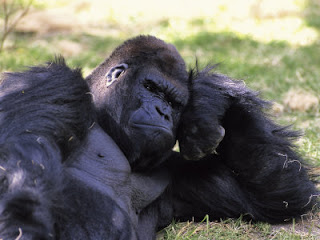 Things happen when I’m resting. My conscious mind might not be grinding away at a story, but I feel that underneath, story is happening, coalescing from disparate thoughts and experiences like a weird plankton colony. When the colony of ideas is big enough, they show up in my conscious mind, and that’s when I “have an idea.” So to get ideas, I have to rest. Quod erat demonstrandum.

Sometimes, resting seems to happen spontaneously. I don’t mean that I suddenly can’t write; it’s that I suddenly don’t want to write. My creative feelings are knotted together, and every sentence is a struggle, even if I know what I’m supposed to be writing and have a good plan for achieving it. When that happens, if the deadline allows, I stop. I put the writing aside for a few days, or even a week. I allow myself to read books (see yesterday’s post!) and go out and socialize. It isn’t the same feeling as when I’ve just finished a novel and am completely empty; it’s more of a tense waiting feeling. That’s when I know I need rest.

Once I give myself permission to stop for a little while, a level of tension vanishes. And when I go back to writing, my love of writing and of my story is renewed.

Related Posts: Synergy in Writing and Research, Reading for the Writer, and Shopping and Recharging. The Art of Waiting.

5 Responses to Resting, or Not-Writing