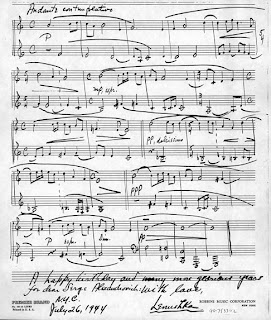 Writers often have a close relationship with music. Some write in silence, but those who write while music is playing are often very opinionated on what sort of music they choose, even to constructing playlists for particular novels.

I’m a musician myself, both an instrumentalist and a choral singer, but the way I use music when writing is very different from how I approach it as a musician.

When I listen to music while writing, often it’s merely to mask other noises, whether outside my head or inside it. Frequently, I write in a coffee shop which sometimes plays music that I find distracting, plus there are sometimes loud conversations going on. In that case, I have a special playlist to use. Its title is “Loud.” Everything on it is loud enough to drown out other noises (I have good headphones). The German band Rammstein is a big part of that playlist, as are Rob Zombie and Disturbed and Godsmack and Depeche Mode and Metallica.

When I don’t need the masking effect, I tend to favor music that enhances my concentration, which for me is usually something featuring long melodic lines or a steady underlying pulse. If volume isn’t an issue–for instance if I’m in a quiet place but just having trouble focusing–I usually go for vocal music, mostly early polyphonic counterpoint. (For example, the Renaissance composer Giovanni Pierluigi da Palestrina, or the medieval composer Guillaume de Machaut.) If I already know the piece well, I can “turn off” my musician brain and let the music play along at a subconscious level. I’m not sure exactly how this works to help me write, but it does. I also use electronica and trip-hop for this purpose (for example, Tricky–his albums are staple listening for me while writing). 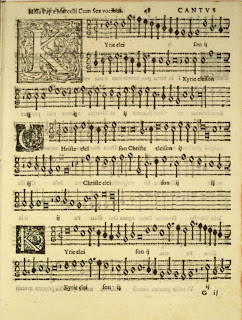 Finally, there’s the music that doesn’t serve quite the same purpose for me as the counterpoint or trip-hop, but is close to it in effect, with its usually minor key and driving beats. I use Goth bands such as Sisters of Mercy, This Mortal Coil, London After Midnight, Joy Division, and Inkubus Sukkubus on my standard writing playlist.

And when I don’t know what I want, I revert to Evanescence on repeat. I’ve used their albums as writing music for long enough that the words sink into the music and don’t distract me; again, it’s a band whose music is usually minor key (my favorite, if you haven’t already guessed) and features long melodic lines.