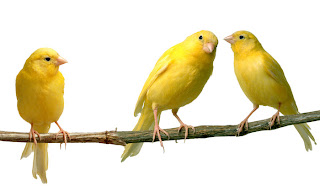 Not so long ago, I became a Twit. Or perhaps that should be Twitterer. As you know, Bob, Twitter is a form of instant messaging. You’re limited to 140 characters per tweet, or message. You can follow the tweets of others, and others can follow you. If you choose, you can limit your tweets to certain people. I chose to leave mine open.

You can find my profile here:
http://twitter.com/victoriajanssen

So far, what I’ve enjoyed most is the interaction of Twitter. I generally follow other writers, some of whom I know in person and some whom I don’t. I also follow a few personal friends, one of whom I rarely see because he travels so much for his job; he is a champion tweeter, though, and it’s great to hear what he’s up to each day. My fellow writer tweeters can share the small frustrations and also the pleasures of their writing day, and not lose too much time about it. As writing is often such a solitary activity, it’s nice to be able to stop by one’s local virtual pub/water cooler/coffeeshop for a brief chat now and again.

Also, Twitter is a place for off-the-cuff remarks; real time announcements, the sort you just want to share before writing a long blog post the next day; and quick links to interesting articles you just read. Also, more and more Twitter is being used to disperse news rapidly.

There are flaws. I usually don’t twitter on the weekends or during evenings, and the conversation moves on without me pretty quickly. There are only so many people I can follow and still keep track of them, particularly if I’ve never met them or never interacted with them elsewhere online. Some people follow but prefer not to interact, so sometimes it feels as if one has a silent audience, even though on the internet one always has an invisible, unseen audience.

However, for me the benefits outweigh the flaws. I like the quick, casual interaction. I even like the challenge of writing posts of 140 characters or less.

Did I just twog? That is, blog about Twitter?