First of all, people eat. What they eat can say a lot about their character, and about the world in which they live, and about their interactions with other characters. Does Oscar make breakfast for Max? If so, does he make Max’s favorite (chocolate-frosted sugar bombs dipped in Nutella) or Max’s least favorite (kippers with catsup)? Does Oscar even know what Max likes? What does that say about them and their relationship? 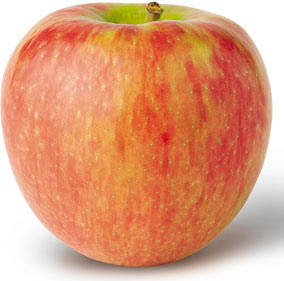 Second, eating makes wonderful stage business. Several pages of straight dialogue can be broken up with the small actions of choosing an apple, washing it, peeling it. The food eaten and how it’s eaten can give clues about the character: someone nervous might fiddle with the apple, polishing and polishing, but not eating. Someone else, feeling friendly, might offer a bite of the apple to his companion. The speaker might be angry and focus on peeling her apple while not looking at her companion at all.

I once got into trouble with this. Every time the characters needed to talk, they were eating something, and they talked frequently. Mostly, they were eating and drinking the same thing, over and over. I ended up making a joke of it–the repetition became characterization–but it could easily have become tiresome, and probably was to some readers. Unless it’s a novel about eating, like Kit Reed’s Thinner Than Thou, the characters shouldn’t be eating all the time.

When revising Moonlight Mistress, I discovered that characters ate omelettes three times. Even though omelettes made sense on all three occasions, and the characters in the scenes varied, I changed one scene to crepes instead.

For putting realism into a scene, though, sometimes there’s nothing like food.

However, note that if the written food sounds really delicious, the reader might stop reading to go and eat.