Normative(Adjective): of or establishing a norm or standard. 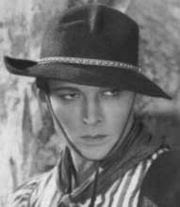 Romance novels feature vast numbers of heroes who are so-called “alpha” males – usually taken to mean men who are better-looking and stronger than other men, with more dominant personalities, and usually some other advantage as well, such as high social rank, large amounts of money, or superpowers. They are usually coded as more protective of women as well, and that protection is linked to strong possessiveness. Love for the alpha romance hero is often tightly bound up with possession of the heroine, ownership of her sexuality, and protection of her from other males or other outside threats. By the end of the story, this potentially stalkerish behavior is usually mitigated somewhat; the heroine has insisted she retain her career, or that he let her know before he duels with enemies, or that she will keep her own money separate from his vast fortune. However, in many cases, the mitigation feels like a token to me.

I’m not a big fan of the Alpha Hero.

I know. Bad romance reader, no biscuit. Alpha Heroes are the very backbone of the genre, they go all the way back to Gilgamesh, they are all that is right and proper in the world of gender relations, women are meant to be swept off their feet by men and if the men don’t do that then they’re not really men. The alpha male is normal. Not! 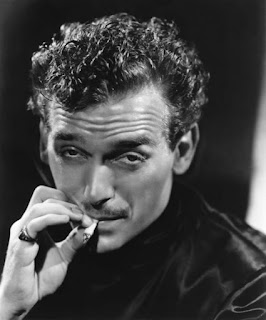 To me, it all goes back to false ideas of gender roles drawn from the old “men hunt, women nurture” stereotypes that are just that: stereotypes, that bear little resemblance to real life. I feel the societal emphasis on assigning men to the role of provider can actively be harmful–who wants to be thought of solely as a dispenser of money or food? Just because those stereotypes exist does not mean that we are obligated to operate by those rules, even in, and especially in, our fantasies. And I wish that the published fantasies available to us, as readers, offered more variety. We should be able to consider options other than the normative.

That’s what my thinking on this comes down to: our fantasies. Not men, but how we fantasize about them, and what those fantasies do for us. Romance novels embody fantasies of love, of sexuality, of gender roles. It’s important to me to note that things we enjoy in fantasy are not the same as things we want in real life (“forced seduction,” anyone?). Liking the fantasy of the alpha male is not a bad thing. However, I can’t buy into it, no matter how I try. Oh, I enjoy Dukes of Slut and Navy SEALs, but unless those characters show profound vulnerability at some point, and respect for women as people and not just as possessions, for me the fantasy dissipates. However, many people love the alpha male and don’t want to read a romance without him.

So why is this particular fantasy so popular? Is it, perhaps, less about the alpha male hero than about the heroine, and her need to be cared for and protected even to the point of violence? The heroine/reader’s need to feel special, the only person who can Tame the Beast? Or do we, the readers, actually see ourselves as the alpha males in the fantasies we read? Both? Neither? And how do more familial fantasies fit into our lives? How are the Secret Baby and the Single Parent romances important to women?

I’m sure there’s no one answer. But I plan to keep thinking about these issues.

13 Responses to Normative Heterosexuality and the Alpha Male Fantasy