This year will be only my second RWA National, but I’ve been attending science fiction and fantasy conventions for over two decades now; these are the main things I try to remember.

1. Get cash beforehand. It’s convenient to use a credit card, and then all your expenses are organized when it comes to tax time, but when eating out with a large group at an inexpensive restaurant, it’s often easiest to pay cash. Hotels can’t be guaranteed to have a bank machine that will not charge a fee, and it might take time to find one. I prefer to spend my conference time doing other things. Plus, cash in small bills is handy for tips to baggage handlers at the hotel, hotel housekeeping, cab drivers, etc..

2. Stay hydrated. Conference hotels are usually extra-cold because they’re calibrated for large groups of people wearing wool business suits. The air conditioning, as well as running from event to event, means it’s easy to forget to drink anything. Take advantage of those tables with pitchers of water and glasses; carry a refillable water bottle with you. Try not to drink caffeinated beverages unless you really need the caffeine. 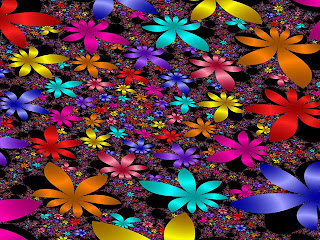 3. Sleep. Some people can get by with less than others, but we all need some. I find it difficult to sleep in a strange place, so I help myself out by bringing earplugs and an eyemask. Those things also help when you have roommates who might be coming into and out of the room while you’re sleeping.

4. Business cards. Even if you’re not a writer, these are the single most valuable item I had at last year’s conference. You’re going to meet a lot of people in random places. If you want to connect with them in future, it’s a lot easier to hand over a business card with your email address than to stop and write it down.

5. Don’t overschedule yourself. I go through the events schedules and mark off things I’d like to attend, but I know that I will, in actuality, only attend a fraction of them. I’ve been to science fiction conventions where I attended not a single panel other than those on which I served. Leave time for hanging out, chatting, and letting your brain rest. Sitting in workshops or talks all day leaves most people sleepy and unable to concentrate on anything else.