Paranormal romance almost always features the hero as a paranormal being and the heroine as an ordinary human. How does this resonate with gender relations and power relationships in our society? Is it a way of expressing women seeing men as another species? And does it all come down to fairy tales?

I’m going to ramble on these ideas for a bit, and hopefully I will shake some ideas loose that I can think on further.

Kresley Cole’s books, for example Wicked Deeds on a Winter’s Nightare among the exceptions–in her Immortals After Dark series so far, usually both hero and heroine are paranormal beings.

However, for the most part, a paranormal romance follows a human woman, usually one who is “ordinary” or “normal,” as she encounters for the first time a paranormal world running parallel to her own. In this new world, she’s suddenly in peril, and she must rely on her Beastly Rescuer (whether vampire, werewolf, or magical warrior) for her safety. Along the way, she provides something to the Beast that is missing from his life, as he provides something that is missing in hers, and they fall in love. 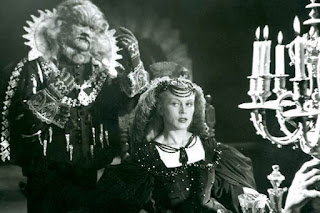 This is the most basic version of the paranormal romance. It resembles the structure of many historical and category romances, as well, only replacing the top-lofty duke or marquis with a vampire, or the foreign billionaire with an alpha werewolf. In all cases, the hero is of a type the heroine has never before encountered. Often he’s more forceful than she would like, more domineering, more arrogant. The plot forces her into his world, and with his help, she learns to live there and to both mitigate and tolerate his masculine and/or paranormal dominance because, after all, he’s more powerful than she is. She finds happiness in his world. If she had never left home, she would never have found happiness.

I wonder what it is about this fantasy that’s so enduring, and so forgiving of sub-genre? Is it really the Cinderella story? Cinderella is raised to wealth and privilege through the prince’s eyes. We don’t know for sure that’s she beautiful, only that she’s got endurance to withstand her stepmother and stepsisters. We do know that it’s the prince’s notice that drags her into a new world. If she hadn’t attended the ball, he would never have known she existed. Is there also an element of moving into a new stage of your life? 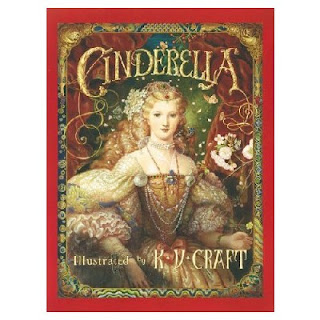 Cinderella chose to attend the ball. Her action led to her happiness. In most versions of Beauty and the Beast, the beauty is sent to the beast as payment for her father’s debt, just as in some paranormals the heroine falls into danger because her ancestry pre-disposes her to danger: she might be a werewolf’s biologically-destined mate, or be the daughter of paranormals who fled from another dimension. However, once captive to the beast, the beauty acts on her own to get to know the beast, to see through his beastly exterior and into his emotional soul. The beast resists her intrusion, but gradually gives in.

Are paranormals Beauty and the Beast or Cinderella? Or both? Or neither? Or simply the fairy tales for the modern world?

Victoria Janssen [she, her] currently writes cozy space opera for Kalikoi. The novella series A Place of Refuge begins with Finding Refuge: Telepathic warrior Talia Avi, genius engineer Miki Boudreaux, and augmented soldier Faigin Balfour fought the fascist Federated Colonies for ten years, following the charismatic dissenter Jon Churchill. Then Jon disappeared, Talia was thought dead, and Miki and Faigin struggled to take Jon’s place and stay alive. When the FC is unexpectedly upended, Talia is reunited with her friends and they are given sanctuary on the enigmatic planet Refuge. The trio of former guerillas strive to recover from lifetimes of trauma, build new lives on a planet with endless horizons, and forge tender new connections with each other.
View all posts by Victoria Janssen →
This entry was posted in genre, paranormal, romance novels. Bookmark the permalink.

8 Responses to Romancing the Beast