I loved the hotel gardens, which were filled with beds upon beds of bright red salvia and richly golden marigolds. 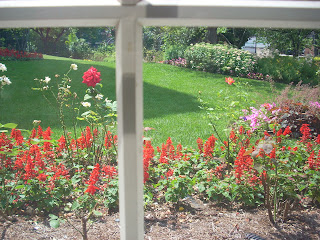 Friday morning, I got up way too early because I heard one of my roommates saying into the phone, very calmly, that a hose in the toilet tank was shooting water all over the mirror. At least it was clean water…I decided that, if I got cholera, at least I would provide a research opportunity for hundreds of historical romance authors.

Friday at the conference for me was a long list of appointments and scheduled events. I semi-accidentally attended part of the Harlequin spotlight because I had to show someone where the room was, and then got to see my Moonlihgt Mistress cover flash by on the slideshow, which was exciting, a half-second of fame! I attended a group luncheon with my editor and fellow Spice authors Amanda McIntyre, Charlotte Featherstone, and Kristi Astor, where I had a delicious Floating Island for dessert, my first and certainly not my last. Lunch was followed by a reception for Harlequin single-title authors (where I finally managed to run into my last year’s roommate, Robin Owens, and fellow Spice author Kayla Perrin). And I got to tell Anne Stuart what I love about her spy books: “It must be love because I can’t quite bring myself to kill you.” I also met various Harlequin staff, some of whom I’d met before and some whom I hadn’t, and was impressed anew by how nice they all are. The reception was followed by an unsuccessful attempt to find and meet Lauren Dane at a signing, but I was too late, and she’d already left. However, I had a chance to chat with Susan Krinard, with whom I was on a Worldcon panel long ago, and Olivia Gates, whom I’d briefly met at last year’s Harlequin party.

Colleen Gleason and I had hoped to meet up, but instead we were, repeatedly, ships passing in the night. At least now I know what she looks like in person. Maybe next year! 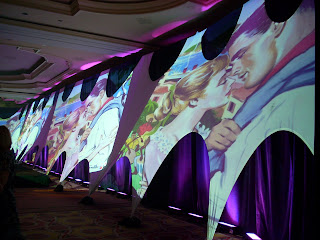 I had to retreat to my room again after all that face-time and change for the Harlequin party. I ate dinner by myself, not talking to anyone but the waitress, and that helped me recoup my energy for the party.

As last year, the Harlequin Party was one my highlights of the conference. This year, it was held at the Ritz Carlton; I shared a cab there with three other party-goers, one of them Lydia Parks, whom I’d met earlier in the conference. Once there, I met, by chance, Freda Kay, who’d just sold a couple of Spice Briefs. I took off my shoes and danced (badly but enthusiastically), ate too many desserts, had loud conversations, took pictures, and in general found that I had more energy than I thought I did earlier in the evening. 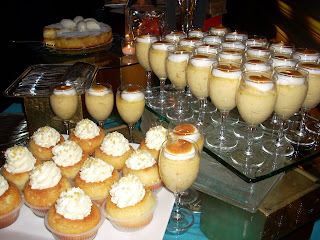 The best part of the party, for me, is seeing lots and lots and lots of women, all ages, dancing and laughing and dancing some more. My three roommates (Cambria Dillon, Emily Ryan-Davis, and Tessa D’Amario) made sure to get a photo of all of us together, and I nabbed some photos of fellow Spice authors and Romance Divas as well. I ran into Robin Owens again, and dragged her over to Tessa D’Amario, who wanted to meet her in person. And I finally ran into Jeri Smith-Ready, another D.C.-area writer I’d met at a CapClave. 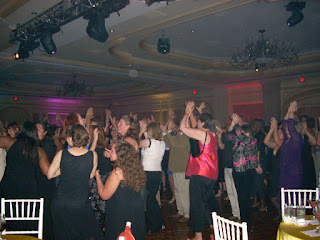 I left the party around 11:30 pm; two of my three roommates then arrived back, equally tired, and we talked and talked and talked until I started to lose the middles of sentences. I crashed hard and the only thing that saved me Saturday morning was a very large buffet breakfast in the hotel, calories in place of sleep.

Saturday, I stumbled around in a fog, though I did manage to see Alisa Sheckley, whom I knew from the science fiction world, and later was introduced to Tracy Wolff because Charlotte Featherstone snagged me before I stumbled past them. We had a lovely discussion of erotica and writing and publishing same. I had lunch with a group of Romance Divas in between packing, checking my phone messages, and finally leaving the hotel. The sun felt glorious.

I was too tired to regret the end of the conference too much. I got to Union Station a little early, checked email, in a very perfunctory fashion, with free wireless, and indulged in a twenty-minute chair massage, during which I nearly fell asleep. As soon as I was on the train and had handed over my ticket, I fell asleep.

There’s a lot missing from this report, but for me the most important part is getting to meet other writers in person. We spend so much time alone with our computers or notebooks, it’s great to know that, in a way, we’re part of a community as well.