My name is Victoria, and I am a book hoarder. If I were still an impecunious graduate student, the lack of funds to buy books would be a constant pain, but as an adult with a job, my struggle is more with not buying books. It’s all so interesting, you see. And even if I can’t read the books right now, well, what if I broke my leg? And was bedridden? I would need some books to keep my spirits up, right? 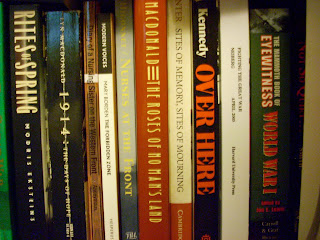 Now that I’m a published novelist, I’m even worse about book-buying. The thing is, books can count as research. They can be used to spark ideas and to provide realistic detail for my stories. And they’re tax-deductible!

Sometimes, early in a novel, I don’t know exactly what research materials I will need. I might realize several chapters in that I need to know, for example, how much a coat would cost in 1914, or what a British grenade looked like. It helps to have books on hand so I don’t have to stop writing for a trip to the library or onto the internet (though I also accumulate questions for future internet research). Also, reading the books sparks my thinking on plot and character, in directions that never would have occurred to me if I hadn’t encountered a stray historical fact. 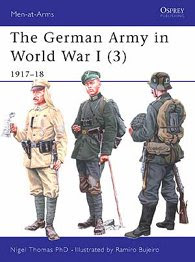 But the real reason to buy research books is that I love them. I love having lots of them, and knowing I can take them off the shelf and read them whenever I want, even if that happens to be at three o’clock in the morning when libraries are closed. Not to mention the comfort of being able to read while curled up under a blanket with a cat, something that’s generally frowned upon in libraries and even bookstores that feature coffee shops. 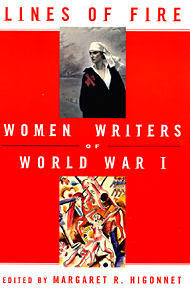 Libraries do have their uses. Much as I’d like to, I can’t afford all the books I want or need. Libraries have given me priceless experiences like handling books actually published in the period I’m writing, and provide easy access to invaluable material like microfiched newspapers and magazines. Sometimes I only need a single essay from a book, and prefer to borrow it from the library rather than buy it. But I don’t think I could function nearly as well as a writer without my own stash of books. Besides the value of what they contain, to me they feel like talismans.

Related posts:
Reading for the Writer.
Synergy in Writing and Research.
WWI: A CBS News Production.