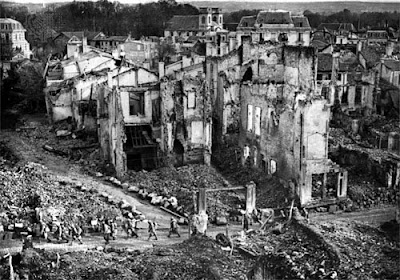 Silence cloaks this world-famous name:
A boundless morrow wraps Verdun.
There French men came, one by one,
Step by step, by days, by hours,
To prove their most proud, most stoic love.

In the stygian test they have fallen asleep.

Their trembling widow, immortal Verdun,
As if to implore their transcendant return
Raises the two arms of her two high towers.
Passerby, do not seek to praise the place
Sheltered by angels sprung from French soil.
Blood pours in such plenty that no human voice
May mingle in vain and febrile complaint
With the endless vapors of this earthly incense.
In the carved and scarred plain here see
The sainted, unsounded power of the land
Whose finest hearts lie at rest beneath.

In this place one cannot give death a name,
So truly did each consent to that gift.
By swallowing all, earth made itself man.

Passerby, measure your gesture and words.
Watch, adore, pray–do not speak what you feel. 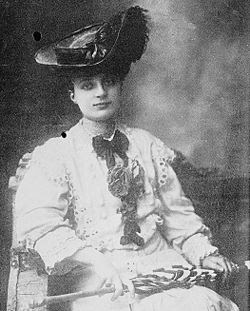 Victoria Janssen [she, her] currently writes cozy space opera for Kalikoi. The novella series A Place of Refuge begins with Finding Refuge: Telepathic warrior Talia Avi, genius engineer Miki Boudreaux, and augmented soldier Faigin Balfour fought the fascist Federated Colonies for ten years, following the charismatic dissenter Jon Churchill. Then Jon disappeared, Talia was thought dead, and Miki and Faigin struggled to take Jon’s place and stay alive. When the FC is unexpectedly upended, Talia is reunited with her friends and they are given sanctuary on the enigmatic planet Refuge. The trio of former guerillas strive to recover from lifetimes of trauma, build new lives on a planet with endless horizons, and forge tender new connections with each other.
View all posts by Victoria Janssen →
This entry was posted in de Noailles, wwi poetry. Bookmark the permalink.