How exciting to have lived in the early 20th century! It opened a whole new world into transportation, communication, scientific innovation –and said a resounding good-bye to the social and fashion restrictions of the last century.

So many new doors opened for women. WWI and WWII brought women to the forefront and proved we could run the country while the men fought overseas. Women proved able to head businesses, work in the factories, and pilot aircraft as well or better than men.

This was the time for the new woman. Hemlines went up, hair was cut, and cosmetics applied. And for the first time women publicly indulged in the masculine luxuries of smoking, drinking, and gambling. But new responsibilities came with new freedoms.

And, unlike any other period in history — we may enjoy a firsthand account of this fascinating era: movies, taped radio broadcasts, vinyl records, and eye witnesses. 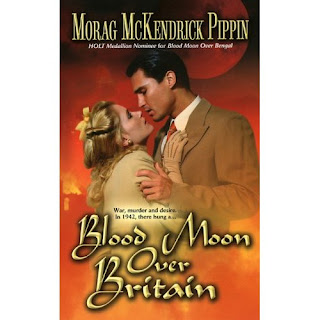 A few questions I’ve been asked on writing an early 20th century novel:

Is it harder to write a recent time than say, a medieval or ancient book?

I think it’s easier to write more recent history because I can interview eyewitnesses and people who lived during those times. I love listening to firsthand accounts! My maternal grandmother was head nanny to the Duke and Duchess of Devonshire’s daughters. Did she have stories to tell! My maternal grandad was an under-butler in the same household. I always looked forward to their stories. I listened avidly to my father’s war stories as well. He served in the BEF (British Expeditionary Force) and was evacuated at Dunkirk. He went on to serve in Calcutta and Burma in the British Indian Army. Unfortunately, my maternal grandfather (British Army) wouldn’t speak of his experiences in the Great War. My paternal granddad (also British Army) did speak a bit. He spent most of the war as a prisoner of war in Germany. If I can find anyone else to tell me their stories of the past I listen:-).

Must you visit the location where your book is set?

Everyone has an opinion on whether an author must visit the place he/she writes about. I don’t believe that. After all, how many historical writers have been to the year they are writing about? By the same token, do murder mystery writers have to commit murder to get it totally correct?

Although I’ve spent a great deal of time in both England and Scotland, I’ve never been to India or Germany. The climax of Blood Moon Over Britain takes place in St. Just-in-Penwith, Cornwall. I spent two weeks there and a great deal of time following the cliffpaths detailed in the book. I knew at the time those paths would find their way into a book:-). No wonder Daphne du Maurier wrote almost exclusivley of Cornwall. It’s quite inspiring.

What inspired you to write your books?

The stories my father told me of his time in WWII India inspired Blood Moon Over Bengal.

The inspiration for Blood Moon Over Britain came from a book I read, A Man Called Intrepid. When it was released in the mid ’70s it was a bombshell because it detailed espionage secrets about WWII. It’s an account of the foremost Allied spy, his actions, and the German Enigma machine.

Ken Follet’s and Alistair McLean’s books inspired me to write Perfidia, a thriller set inside the Third Reich.

What do you do if you’ve been away from your wip for a while or hit a dry spot while writing?

I read books set in the time period I’m writing about and period movies/dvds. Also, I make a point to read my very favorite authors when I’m working on a book.

What made you choose the settings and time periods for your Blood Moon books?

I wanted to write romantic thrillers but felt I could never write a contemporary one because I can’t keep up with everyday technology let alone the advanced equipment my characters would use. Yet I didn’t want to write a historical either. I’ve always been fascinated by WWI, the roaring ’20’s and WWII. It seemed my voice matched the era: not quite modern but quite historical.

After Perfidia, what books do you have planned? What setttings can we look forward to?

As writers, we hear from time to time that the historical market is in a slump. You write about an era that writers are told won’t sell, yet contracted three books with Dorchester. Did you consider this at all, or did you simply write what you like to read?

While I was writing Bengal I was told the time (1932) and the place (India) would never sell. I considered quitting the book but decided I needed the practice. Afterwards I considered writing a different time period. Decided I couldn’t do it so I’d have to work extra hard to get published.

How much research to you do before writing?

Most of it. Usually something crops up while I’m writing that I must research.

What tricks do you use to make the time period come alive for the reader?

I pretend I’m there:-). What would I see, smell, feel, and hear. To do this takes a bit of concentration so I keep my office door closed. I need quiet and solitude. However, purrs from the Princelings are allowed.

For the British slang I used the Oxford Slang dictionary, http://www.effingpot.com/ and my memory from listening to my elderly relatives and parents.

Victoria Janssen [she, her] currently writes cozy space opera for Kalikoi. The novella series A Place of Refuge begins with Finding Refuge: Telepathic warrior Talia Avi, genius engineer Miki Boudreaux, and augmented soldier Faigin Balfour fought the fascist Federated Colonies for ten years, following the charismatic dissenter Jon Churchill. Then Jon disappeared, Talia was thought dead, and Miki and Faigin struggled to take Jon’s place and stay alive. When the FC is unexpectedly upended, Talia is reunited with her friends and they are given sanctuary on the enigmatic planet Refuge. The trio of former guerillas strive to recover from lifetimes of trauma, build new lives on a planet with endless horizons, and forge tender new connections with each other.
View all posts by Victoria Janssen →
This entry was posted in guest, historical fiction, research. Bookmark the permalink.