Tea and tarte au citron on Monday afternoon. The smudge in the meringue was my fault. 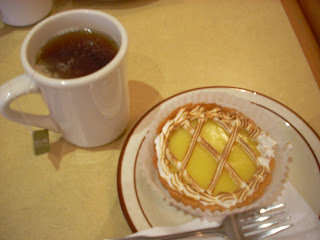 Monday night’s Mongolian fondue. The pot has two kinds of broth, one spicy and one mild, into which one drops slices of meat, vegetables, and tofu. It was way yummy. 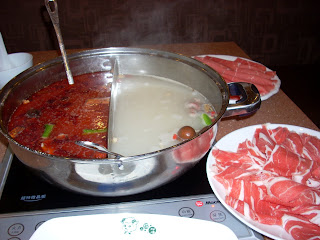 Dessert from Tuesday’s lunch–the fire alarm at the museum went off right after I took this picture, and I carried the plate down several flights of stairs before eating the raspberry tart outside. The square thing is almond ice cream, the long thing without raspberries is a crispy meringue. 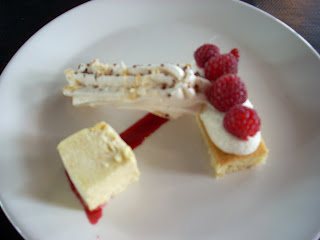 Tonight, C. and I went to an awesome fish and game restaurant, but I didn’t take any pictures of my elk loin with quinoa and nectarine or my salted caramel tart.