This is going to be my last post full of Montreal photos. Really.

I loved the bright colors in this mural near McGill University. 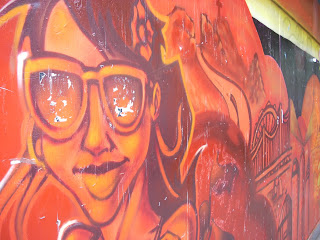 This snake graffiti? mural? was near our hotel. 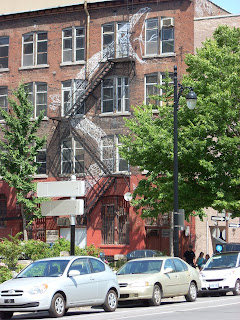 Stadium built for the 1976 Summer Olympics. 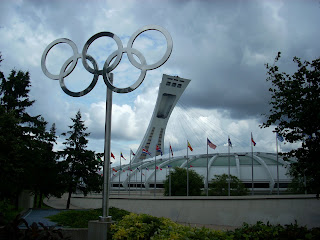 A great glass artwork at the Berri-UQAM Metro Station. 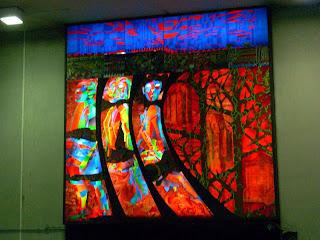 Flowers at a park by the river in Old Montreal. 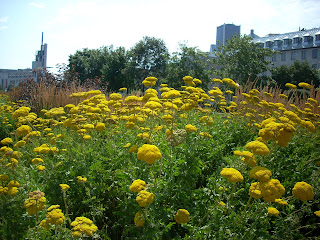 The riverside park in Old Montreal. 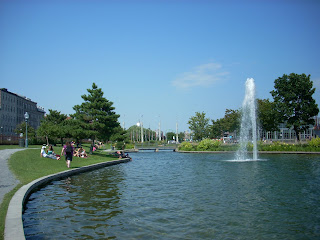 Inside the Basilica Notre Dame–I liked the way the lit candles came out. 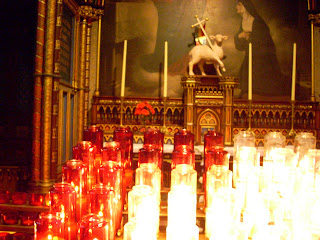