Category romances, also called series romances, are to me the epitome of romance as a genre. They’re short – mostly about 200 pages or 50,000 – 60,000 words long. The term category comes from the various lines such as Harlequin Presents or Silhouette Desire, each of which has specific requirements that may be related to style of plot, subgenre, or level of sexual content. These lines are formed or cancelled as the market for certain types of books grows and changes. An important difference between categories and single title romances is that categories are marketed and distributed more like magazines than like books. Their distribution is thus large, but they are often only shelved in bookstores for a single month.

Out of print categories are often easy to find in used bookstores or online at book swap sites such as BookMooch. I also like that the books are physically not very large or heavy, and thus easy to carry with me while I run errands that involve standing in line. 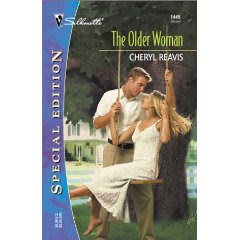 There is not a lot of room in 55,000 words to tell the complete story of a relationship; the writer must pare everything down to essentials of characterization. In lines such as Silhouette Romantic Suspense, there is also a mystery/suspense plot to consider. Fitting in all of these elements and at the same time emotionally involving the reader is no easy task. I liken it to writing a sonnet, in which idea and form are inextricably linked. And the best categories pack just as much of an emotional punch. 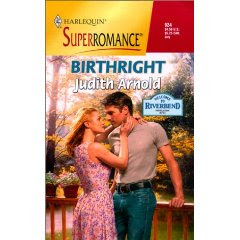 by Ruth Wind.
The Surgeon’s Lady

by Christine Merrill.
His For The Taking

by Kathleen Korbel.
The Older Woman

by Cheryl Reavis.
A Mother In The Making

Victoria Janssen [she, her] currently writes cozy space opera for Kalikoi. The novella series A Place of Refuge begins with Finding Refuge: Telepathic warrior Talia Avi, genius engineer Miki Boudreaux, and augmented soldier Faigin Balfour fought the fascist Federated Colonies for ten years, following the charismatic dissenter Jon Churchill. Then Jon disappeared, Talia was thought dead, and Miki and Faigin struggled to take Jon’s place and stay alive. When the FC is unexpectedly upended, Talia is reunited with her friends and they are given sanctuary on the enigmatic planet Refuge. The trio of former guerillas strive to recover from lifetimes of trauma, build new lives on a planet with endless horizons, and forge tender new connections with each other.
View all posts by Victoria Janssen →
This entry was posted in category, romance novels. Bookmark the permalink.