My all-time favorite vampire book is The Vampire Tapestry

by Suzy McKee Charnas. Not only is it a wonderful work in itself – it consists of four separate stories of the same vampire, each from a different point of view – but it gives science-fictional touches to the vampire myth that for me add to its realism. The vampire isn’t sure how old he is; periodically, he hibernates and while asleep forgets his previous life, as a method of protecting himself from becoming too close to humans, who are his prey. So far as he knows, he is the only one of his kind, a species of one. And instead of fangs, he feeds on blood as a mosquito does, via an organ beneath his tongue, so his human victims rarely notice. As the story begins, the vampire is hiding himself in plain sight as a respected university professor, Dr. Weyland. 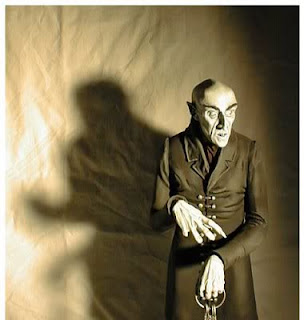 More about The Vampire Tapestry on the author’s website and her essay about the book, Scarlet Ribbons (link is to part one of four – note that there are a lot of spoilers in the essay).

. It’s set in a future where alien invaders have destroyed human society. The vampire protagonist, Daetrin, is also in hiding as a university professor, at one of the few schools the aliens allow; but soon they discover that he’s not human, and capture him. He must confront his own nature and his own skills as a shapechanger in order to save both himself and the rest of humanity. There is more than one type of vampire in the novel, and it’s interesting to see how Friedman plays the different species and their views off of each other.

by Octavia Butler. The book was published shortly before Butler’s death. I love it because of her original science fictional take on the vampire myth. Here are a couple of detailed reviews, in Strange Horizons and The Washington Post. Butler’s much earlier novel Wild Seed

featured a character that, to me, was also vampiric, but not in the traditional sense; he lived by stealing bodies and inhabiting them, one after another.

Victoria Janssen [she, her] currently writes cozy space opera for Kalikoi. The novella series A Place of Refuge begins with Finding Refuge: Telepathic warrior Talia Avi, genius engineer Miki Boudreaux, and augmented soldier Faigin Balfour fought the fascist Federated Colonies for ten years, following the charismatic dissenter Jon Churchill. Then Jon disappeared, Talia was thought dead, and Miki and Faigin struggled to take Jon’s place and stay alive. When the FC is unexpectedly upended, Talia is reunited with her friends and they are given sanctuary on the enigmatic planet Refuge. The trio of former guerillas strive to recover from lifetimes of trauma, build new lives on a planet with endless horizons, and forge tender new connections with each other.
View all posts by Victoria Janssen →
This entry was posted in reading, recommendations, vampires. Bookmark the permalink.