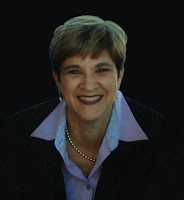 But under all this is lurks an even more fundamental question – why write at all?

Like so many people, I always thought, ‘one day I’ll write a book’. Right.

You know how that goes. Real Life intervened and somehow, I never got around to it. But I continued to devour genre fiction – romance, science fiction and fantasy, mystery. Especially when I was bored or sad, I’d read rather than watch TV. What I craved was respite, the luxury of escape to another, brighter world for a few hours.

Then my life really did cave in, dark valley stuff. I was miserable. So I found I was staying up late, reading, reading, reading. After weeks of this, the idea of writing firmed within me. Heck, why not? Without a single, solitary clue, I wrote a category romance. (They were the shortest books I knew.) Word one, paragraph one, page one. I started around nine every evening and when I looked at the clock, it would be two in the morning. I did that for about seven months, night after night.

What I discovered was the sheer power of creating a world and disappearing into it. It’s heady. Reading rarely compares. I’ll never forget typing those six little letters, THE END for the very first time. I still do it when I finish a book, in fact. Then I delete them before sending the manuscript to my editor. Wouldn’t want her to think I’m like a little kid closing the last page on a fairytale. 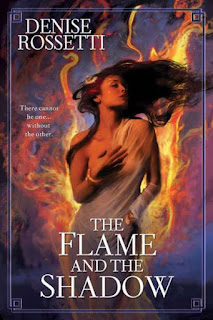 So, in one sense, I write my own escape. (Life improved, by the way. I’m fine now, thanks.) It’s why my settings are creations of the senses. I’m a very sensate person. When I’m out shopping, I like to raise fruit to my nose for a sniff or stroke dress fabrics on the rack as I pass. I love bringing the scenes in my head to vivid, springing life – the Ten Nations Fair, the burnished wings of an Aetherii in flight, the slums of Sybaris, the gossamer-thin slingshot sails of a starship unfurling against the cold dark of space.

But it’s only the beginning. I relish how fantasy allows me to explore ideas as far as I can follow them down the wormhole of logic. And beyond! In worlds where magic works, I can use its transforming power to make abstract concepts concrete.

For example, in The Flame and the Shadow (Book #1, Four-Sided Pentacle series), I created a man who embodies the internal conflicts we all experience in an external, physical way. Imagine seeing the worst part of your personality rise up, manifested as a dark copy of yourself. Grayson, Duke of Ombra, is a sorcerer of shadows. He is literally at war with himself, because his shadow, a dark entity he calls Shad, has an independent life of its own. Much more than Gray’s mortal life is at stake. He and Shad are fighting for control of his sanity and his soul.

Erik Thorensen, hero of Thief of Light (Book #2, Four-Sided Pentacle series) has been granted a gods-given gift, a Voice so beguiling no one can resist it. But the Voice is a curse as much as a blessing, for once Erik used it to steal a soul, and now he must pay. What effect would it have on a person’s character, I wondered, to have the power to command anyone to do anything? 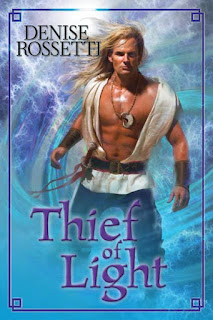 After consideration, I think my ‘core story’ is about what psychologists call self-actualization, the realization of one’s full potential. My characters are always deeply conflicted in some essential way and they grow by learning to accept and reconcile all aspects of themselves, not in any self-indulgent manner, but with clear-eyed love. Healthy, well-balanced individuals both like and love themselves.

It interests me, all right? Yes, that way, but also because the act defines our dual natures, human and animal. Sexual acts are incredibly revealing about the most private parts of the psyche – what is done and not done, said and not said. Sex strips us bare, in every possible sense. It’s enormously powerful and it absolutely fascinates me.

Can you put your finger on what your ‘core story’ might be? Would your critique partners agree with you? Ask them! *grin* Can you identify the ‘core stories’ of your favourite authors?

My blog. I’d love you to drop in and say hello!

I’m at CapClave this weekend, but have pre-scheduled weekend posts.

Victoria Janssen [she, her] currently writes cozy space opera for Kalikoi. The novella series A Place of Refuge begins with Finding Refuge: Telepathic warrior Talia Avi, genius engineer Miki Boudreaux, and augmented soldier Faigin Balfour fought the fascist Federated Colonies for ten years, following the charismatic dissenter Jon Churchill. Then Jon disappeared, Talia was thought dead, and Miki and Faigin struggled to take Jon’s place and stay alive. When the FC is unexpectedly upended, Talia is reunited with her friends and they are given sanctuary on the enigmatic planet Refuge. The trio of former guerillas strive to recover from lifetimes of trauma, build new lives on a planet with endless horizons, and forge tender new connections with each other.
View all posts by Victoria Janssen →
This entry was posted in erotica, guest, sf/f. Bookmark the permalink.

20 Responses to Denise Rossetti, What Lies Beneath – Guest Post