Raymond Chandler, on time to write

Today I’m a guest at fellow Spice author Amanda McIntyre’s House of Muse Blog, for “Coffee Talk.” Please stop by and chat if you have a chance!

For a LiveJournal charity auction, I am offering your name as a character in The Duke and the Pirate Queen. You do not need a LiveJournal account to bid. How To Bid. Information about the auction itself and its purpose. Bidding closes October 10, 2009, Saturday, 11:59 p.m. Pacific time.

(This picture is not of Amanda.) 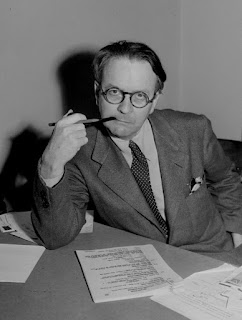 “I write when I can and I don’t write when I can’t…I wait for inspiration…The important thing is that there should be a space of time, say four hours a day, when a professional writer doesn’t do anything but write. He doesn’t have to write, and if he doesn’t feel like it he shouldn’t try. He can look out the window or stand on his head or writhe on the floor, but he is not to do any other positive thing, not read, write letters, glance at magazines, or write checks. Either write or nothing. It’s the same principle as keeping order in a school. If you make the pupils behave, they will learn something just to keep from being bored. I find it works. Two very simple rules. A) You don’t have to write. B) You can’t do anything else. The rest comes of itself.”

Victoria Janssen [she, her] currently writes cozy space opera for Kalikoi. The novella series A Place of Refuge begins with Finding Refuge: Telepathic warrior Talia Avi, genius engineer Miki Boudreaux, and augmented soldier Faigin Balfour fought the fascist Federated Colonies for ten years, following the charismatic dissenter Jon Churchill. Then Jon disappeared, Talia was thought dead, and Miki and Faigin struggled to take Jon’s place and stay alive. When the FC is unexpectedly upended, Talia is reunited with her friends and they are given sanctuary on the enigmatic planet Refuge. The trio of former guerillas strive to recover from lifetimes of trauma, build new lives on a planet with endless horizons, and forge tender new connections with each other.
View all posts by Victoria Janssen →
This entry was posted in chandler, quotes, writing process. Bookmark the permalink.