The price of sharing

For years, there have been two markets for audiobooks.

There was the retail market, which sold audiobooks at around $39.99/title. This was higher and lower, of course, depending on the length of the book, the author, the narrator, etc. The average retail price was in that area. 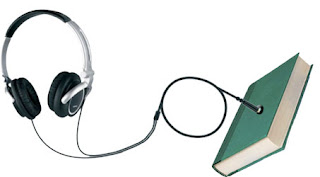 However, the big companies (Recorded Books, Brilliance, Books on Tape, BBC Audiobooks America) had a special deal where libraries could get the same product for the whopping good price of around $90! Same title by the same author with the same narrator. So, why on earth would someone pay that library surcharge?

Well, because the companies packaged their items in a library-friendly way. Hard plastic cases that would withstand patron- (and library-) inflicted use such as items dropped into bookdrops or the ground, under car seats, or out of beds, etc. The cost, in staff time as well as materials, for the library to do their own repackaging was directly related to how many items were ordered. Smaller libraries, with smaller audiobook budgets, probably found it more cost effective to order the retail edition and repackage the item themselves. Larger libraries that ordered thousands of titles per year found it more cost effective to pay the library surcharge to get the repackaging done for them. To give the audio companies credit, they did try to sweeten the deal with replacement cassettes (if a patron lost or damaged cassette 3 they could just buy that cassette instead of an entire set.) For some companies, the replacements were free, for some they were free for a year, and for others they always had a cost but it was a small fee – say $6 or $8 or $10/cassette. You couldn’t get replacements if you bought the retail edition, so there was another point in favor of library editions. With replacements, you could make that one set last for eternity…..or at least for a really long time.

But, as times changed and cassettes gave way to compact discs, and budgets began to shrink, library attitudes toward “library editions” began to change. The big companies began to try and sweeten the deal by offering replacement cases, replacement cover art, replacement sleeves that held the discs, replacement anything and everything that would make you want to hold on to the set until the disc was disintegrating in your hand! But it wasn’t just materials budgets that were getting shortened, but also staffing. As more and more tech services staff retired and weren’t replaced or let go entirely in some libraries, the time it took to replace cases and discs and art work was hard to cover. It wasn’t a difficult thing to do, but it still took a body. Suddenly, the benefits of buying library editions were not so beneficial.

Our library started off replacing individual cassettes in sets that had circulated up to 75 times. Then, we would decide if we needed to buy an entirely new set. If you’re a library user, you can imagine how beat up the item must have been by that point. CDs fared even worse and we dropped our circ limit to 50. And then, as staff left, we dropped it to 35 because we did not have the time or the staff to handle replacements for all of the items we were getting. Lost discs. Damaged discs. Damaged cases. It was an ongoing thing and the cost of replacing became too much.

Then a company came along that offered retail edition audiobooks, in library packaging, for RETAIL prices. No more library surcharge! All perfectly legal. All perfectly FAIR to libraries. After all, why should libraries pay $90 for an item that only really costs $39.95? As you can imagine, there was an uproar in the audio community as the library edition pricing structure went tumbling down, but down it went. The big companies still have “exclusive” titles that carry that premier pricing. These are items that do not have retail editions, so you either buy them at the maxed out price or not at all. But, nearly all the big titles have a retail edition and, as a library, I can buy more copies of Dan Brown’s The Lost Symbol at $50.99 than I can at the library edition price of $100! With libraries looking out for their own, and their tax base’s interests, the library edition market is struggling. Recorded books sold. Brilliance audio sold to amazon. BBC Audiobooks for sale. 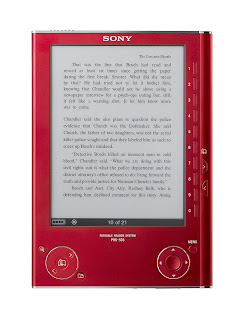 It seems like the library ebook market is going to follow the bad example set by library edition audiobooks. I recently (like, over the weekend) bought a Sony ereader. I love it, by the way. It hasn’t made me love print books any less, which could become a point of personal budget angst for me, but I do love ebook reading so far. I went to the Sony ebook store, and saw the aforementioned Dan Brown’s newest for $9.99! I had just bought copies for the library through Overdrive and paid $29.99/copy. Yes. $29.99. Same book. Same format. I looked for more books and the prices were similar. Overdrive charges hardcover price for ebooks. Now, all this is going to do is make me not buy new hardcover books in ebook format for the library.. After all, I already bought 300 print copies, 20 large print copies, 20 audio copies (of which I need to buy more as there are over 250 hold requests for the audio version) and 5 downloadable audio and 5 ebook versions of this book.

Libraries spend real money, just as individual consumers do, and it is ridiculous that companies should charge three times as much to libraries as they do to an individual buyer. Another company is only going to come along and undercut those prices, such as in the audiobook industry, leaving nothing but bad feelings. I have hopes that the ebook industry will come around and see there is real money to be made by giving libraries the same discounts they give to individual consumers. They will sell more units, more people will have access to them and become ebook consumers, and that can only be a good thing for the book industry as a whole. Right?

Thanks so much, Robin!

Victoria Janssen [she, her] currently writes cozy space opera for Kalikoi. The novella series A Place of Refuge begins with Finding Refuge: Telepathic warrior Talia Avi, genius engineer Miki Boudreaux, and augmented soldier Faigin Balfour fought the fascist Federated Colonies for ten years, following the charismatic dissenter Jon Churchill. Then Jon disappeared, Talia was thought dead, and Miki and Faigin struggled to take Jon’s place and stay alive. When the FC is unexpectedly upended, Talia is reunited with her friends and they are given sanctuary on the enigmatic planet Refuge. The trio of former guerillas strive to recover from lifetimes of trauma, build new lives on a planet with endless horizons, and forge tender new connections with each other.
View all posts by Victoria Janssen →
This entry was posted in business of writing, guest, romance novels. Bookmark the permalink.