The Intricacies of Marriages of Convenience

I may have mentioned once or twice (ahem) how much I love the “marriage of convenience” plot. I recently finished reading one of Mary Balogh’s recent novels, First Comes Marriage

, which I really enjoyed, and which also got me thinking again about why I find that plot so rewarding, particularly in historical romance. 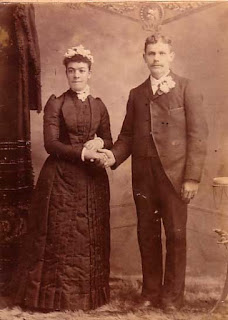 Obviously, you can generate a lot of plot tension simply from two strangers having to work together to accomplish a goal. In the Marriage of Convenience, those goals can vary. For instance, the goal might be simply to create a child who will be heir to a title; or for the hero to provide financially for a woman for whom he feels responsible; or for the heroine and hero to extricate themselves from a social disaster.

You can separate those three situations into two general types that are subtly different. In one version, the simple act of marriage solves a problem (averting social scandal); the resulting marriage then becomes the problem to be solved, in any one of a variety of ways. In another version, the marriage itself begins as a problem that must be solved – the couple is married, but how to do they go about life in order to achieve their goals? What must they give and give up to their partner? What process do they follow, what series of problems and their solutions? Also, occasionally an outside conflict is introduced, that must be solved along with the marriage conflict. 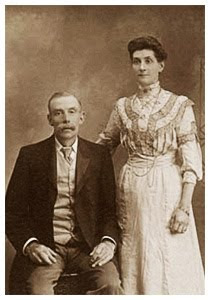 I’m not sure yet if these distinctions are useful ones to make when reading a Marriage of Convenience novel, but they might be useful when thinking about how to plot one. At base, any Marriage of Convenience plot is more about the period after the wedding than the wedding itself. But the period before the wedding might also be useful to create thematic or character issues that can then be strengthened, deepened, once the tension is increased (once the two characters are bound by law).

Another issue I’m considering is the previous relationship. Did the hero and heroine know each other before the wedding? Even if they’ve known each other for years as, say, friends or neighbors, there must be essential elements that are not known, and I think those elements would need to be dramatically significant (hence the popularity of Secret Angst). Without some mystery, there can be no discovery. If the couple are new to one another, for instance the aristocrat who marries the country mouse vicar’s daughter, revelations of character might need to proceed at a different pace.

I’ve rambled on long enough for now, but I’m going to continue to think about the subtleties of this type of plot.

Related post: Why I Love the Marriage of Convenience Plot.

Victoria Janssen [she, her] currently writes cozy space opera for Kalikoi. The novella series A Place of Refuge begins with Finding Refuge: Telepathic warrior Talia Avi, genius engineer Miki Boudreaux, and augmented soldier Faigin Balfour fought the fascist Federated Colonies for ten years, following the charismatic dissenter Jon Churchill. Then Jon disappeared, Talia was thought dead, and Miki and Faigin struggled to take Jon’s place and stay alive. When the FC is unexpectedly upended, Talia is reunited with her friends and they are given sanctuary on the enigmatic planet Refuge. The trio of former guerillas strive to recover from lifetimes of trauma, build new lives on a planet with endless horizons, and forge tender new connections with each other.
View all posts by Victoria Janssen →
This entry was posted in genre, historical fiction, romance novels, writing craft, writing process. Bookmark the permalink.

14 Responses to The Intricacies of Marriages of Convenience