I don’t have a story in this anthology, but a friend of mine edited it and others wrote stories for it, and I’m really looking forward to reading it!

We have always been here. For as long as there’s been such a thing as sex, alternate sexual identities have been a fact of life. So why have we been so nearly invisible in recorded history and historical fiction? Editor Connie Wilkins, a Lambda Literary Award finalist, has assembled fourteen stories that span the centuries-from ancient times to the Renaissance to the modern era-and explore alternate versions of our past. Their queer protagonists, who bend history in ways dramatic enough to change the world and subtle enough to touch hearts and minds, rescue our past from invisibility, and affirm our place and importance throughout all of history, past, present, and future. 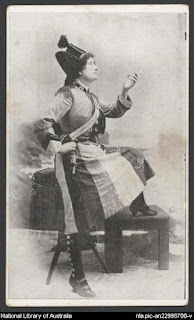 Introduction by Connie Wilkins
A Wind Sharp as Obsidian by Rita Oakes
The Final Voyage of the Hesperus by Steven Adamson
Roanoke by Sandra Barret
A Marriage of Choice by Dale Chase
The High Cost for Tamarind by Steve Berman
A Spear Against the Sky by M P Ericson
Sod ‘Em by Barry Lowe
Morisca by Erin Mackay
Great Reckonings, Little Rooms by Catherine Lundoff
Barbaric Splendor by Simon Sheppard
Opening Night by Lisabet Sarai
A Happier Year by Emily Salter
The Heart of the Storm by Connie Wilkins
At Reading Station, Changing Trains by C. A. Gardner

Victoria Janssen [she, her] currently writes cozy space opera for Kalikoi. The novella series A Place of Refuge begins with Finding Refuge: Telepathic warrior Talia Avi, genius engineer Miki Boudreaux, and augmented soldier Faigin Balfour fought the fascist Federated Colonies for ten years, following the charismatic dissenter Jon Churchill. Then Jon disappeared, Talia was thought dead, and Miki and Faigin struggled to take Jon’s place and stay alive. When the FC is unexpectedly upended, Talia is reunited with her friends and they are given sanctuary on the enigmatic planet Refuge. The trio of former guerillas strive to recover from lifetimes of trauma, build new lives on a planet with endless horizons, and forge tender new connections with each other.
View all posts by Victoria Janssen →
This entry was posted in historical fiction, reading, sf/f. Bookmark the permalink.