So, there’s this novel, and it’s about a virgin who thinks she’s doomed to nymphomania and a ninja who used to be a child prostitute.

Or in this one, the hero is afraid of heights, and the heroine has a pet hedgehog who is vital to the plot and also she invented radio and wants to make a flying machine. 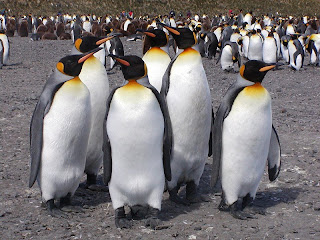 If you haven’t read Laura Kinsale’s books, those lists of story elements sound a little silly, don’t they? But she makes them work, and work to perfection.

Part of the reason why they work, I think, is the wackiness. In and of itself, a wacky story element gets your attention because it’s different. If you describe a book as having a rake and a virgin, a hundred readers could each name a different book that included those elements. However, only Seize the Fire has an overweight princess and a rake with PTSD, at least so far as I know. And if there’s another one, I want to read it, so please give me the title and author.

Aside from standing out solely through difference, though, Kinsale follows through. She doesn’t rely on the wacky story elements. They’re just there, inextricable from the rest of the story. They’re facets, just like her plots and her themes and her thoroughly-imagined and thoroughly-presented characters. All of the elements interconnect and support one another, creating a strong framework for the most essential element of a romance novel: the emotion.

When I think of The Shadow and the Star, what I remember is the first sexual encounter between the hero and heroine in all its pain and neediness and confusion. In Midsummer Moon, it’s the agony of the hero as he confronts his fears. In Seize the Fire, I never fail to be exhausted by the emotional breakdowns of both hero and heroine.

The wacky story elements are a reason to read these books, but not the primary reason. Kinsale does not allow them to take over the story. And that’s why they work.

The books I mentioned, in order:
The Shadow and the Star

Victoria Janssen [she, her] currently writes cozy space opera for Kalikoi. The novella series A Place of Refuge begins with Finding Refuge: Telepathic warrior Talia Avi, genius engineer Miki Boudreaux, and augmented soldier Faigin Balfour fought the fascist Federated Colonies for ten years, following the charismatic dissenter Jon Churchill. Then Jon disappeared, Talia was thought dead, and Miki and Faigin struggled to take Jon’s place and stay alive. When the FC is unexpectedly upended, Talia is reunited with her friends and they are given sanctuary on the enigmatic planet Refuge. The trio of former guerillas strive to recover from lifetimes of trauma, build new lives on a planet with endless horizons, and forge tender new connections with each other.
View all posts by Victoria Janssen →
This entry was posted in kinsale, romance novels, writing craft. Bookmark the permalink.