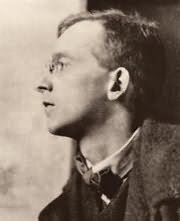 Out of the sparkling sea
I drew my tingling body clear, and lay
On a low ledge the livelong summer day,
Basking, and watching lazily
White sails in Falmouth Bay.

My body seemed to burn
Salt in the sun that drenched it through and through,
Till every particle glowed clean and new
And slowly seemed to turn
To lucent amber in a world of blue…

I felt a sudden wrench–
A trickle of warm blood–
And found that I was sprawling in the mud
Among the dead men in the trench. 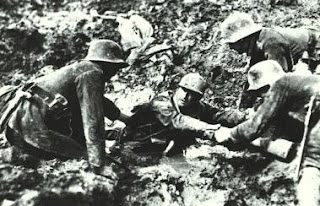