It’s a big question this month, all over the Internet: are you nano-ing? Yes, once again it’s National Novel Writing Month.

I am not participating in NaNoWriMo, and never have, but I think it can be a useful tool for a writer, or for a non-writer who wants to become a writer. I think a lot depends on your expectations for the month. For example, 50,000 words is not always enough to be an entire novel. Most novels sold these days are in the 80,000 – 100,000 word range. However, some young adult and middle-grade novels might in fact be that length, as well as some category romances. If you chose a shorter length of novel, you could be entirely finished with a draft at the end of a month. An entirely-finished draft is nothing to sneeze at. 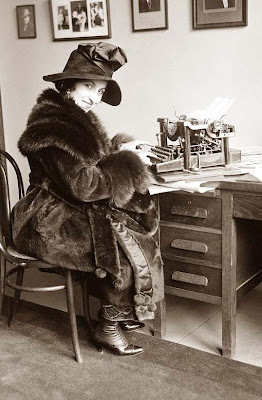 I’m a big advocate of the Zero Drafting method, as well. In zero drafting, you get down the basics of the story without obsessing over the details. It’s a lot easier to revise and refine once you have a whole story. It helps you to see the forest, as it were, instead of the trees. I’ve never been fast enough, or willing enough to give up other activities, to write 50,000 words in one month. But if you are, and you are willing, then more power to you!

If you’ve never written before, or never written regularly, the challenge of writing so much in so short a time lends itself to developing consistency. I think consistency, discipline, rear end in chair, whatever you want to call it, is a major skill for a writer who wants to finish things. There’s folk wisdom that doing anything for 21 days in a row can make it a habit. Getting the habit of writing every day, or nearly every day? Worth quite a lot if you’re already a writer and don’t have the habit. Worth just as much to a new writer, as a quick way to learn what’s entailed in this business of putting words on paper.

Also, pushing so hard so fast to make wordcount sometimes has a strange effect on one’s brain and the connections it makes, some conscious and some unconscious. Similar, perhaps, to marathoners who get a “second wind.” The draft produced might not be perfect, but it might have the seeds that, after revision, will nudge writerly skills a bit higher or defeat a plateau. In other words, get you out of a rut.

And there’s simply the fun of the challenge. If I, as someone who writes consistently anyway, were to ever participate in NaNoWriMo, I’d choose a novel of the approximate length, and then I would write something completely different than I usually write. It would be a month out of my usual schedule, a month out of time, just to stretch myself and see what I could produce.

Related posts: Zero Drafting.
How To Learn To Write.
The Art of Letting Go: Finishing the Novel.
Pithy Writing Advice.
Learning Who Your Characters Are.
Caring About Your Characters – Or Not.

Victoria Janssen [she, her] currently writes cozy space opera for Kalikoi. The novella series A Place of Refuge begins with Finding Refuge: Telepathic warrior Talia Avi, genius engineer Miki Boudreaux, and augmented soldier Faigin Balfour fought the fascist Federated Colonies for ten years, following the charismatic dissenter Jon Churchill. Then Jon disappeared, Talia was thought dead, and Miki and Faigin struggled to take Jon’s place and stay alive. When the FC is unexpectedly upended, Talia is reunited with her friends and they are given sanctuary on the enigmatic planet Refuge. The trio of former guerillas strive to recover from lifetimes of trauma, build new lives on a planet with endless horizons, and forge tender new connections with each other.
View all posts by Victoria Janssen →
This entry was posted in business of writing, writing, writing process. Bookmark the permalink.