In many romance novels, particularly those in series, the reader’s familiarity with the characters and setting can be reinforced by repeated use of the same descriptive phrases.

I think this is similar to the technique of assigning epithets, often poetic, to various characters in oral tradition, such as these examples from Orphic Hymns: “Poseidon, ruler of the sea profound, dark-haired, whose waves begirt the solid ground” or “Righteous Themis, with sagacious eyes.” When composing or reciting on the spot, the poet could use epithets to fill in gaps in the meter, to make the poetry flow correctly. Most characters (or objects) would have several epithets of different lengths and meters suitable for different uses – any translation of The Iliad will provide multiple examples. Also, using epithets, with which most listeners would already be familiar, would quickly help the audience remember the character and how he fit into the story; and also give them hints of how to feel about that character, or how they’d felt in the past when hearing that same phrase.

Certain phrases are often similarly used in romance novels, some falling into and out of fashion across the genre at different times. Think of key words that connote “alpha male” to the reader. I think that’s another post, though. 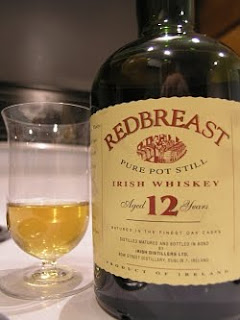 In the In Death series by J.D. Robb/Nora Roberts, this technique is clearly in evidence. Eve Dallas is repeatedly described as having “cop’s eyes.” Sometimes, “cop’s eyes” are modified with various adjectives such as “cold,” “hard,” “cool,” and “flat.” None of these words are strictly physical description. They give connotation rather than denotation. Her eyes are also often described as “whiskey-colored.” Sometimes, as in this quote from Strangers in Death, the attributes are used in combination: “[Roarke] found it compelling, the way those whiskey-colored eyes could go flat and cold as they were now. Cop’s eyes.”

These two descriptive phrases for the appearance of Eve’s eyes serve multiple purposes. First, they remind the reader from book to book that Eve has unusually-colored light brown eyes and that she is a cop and acts like one. There’s also further connotation associated with the words Roberts chose. Whiskey is drunk in the books, often as a reaction to pain or suffering, both of which are essential elements of Eve’s character. Also, whiskey is usually associated more with male than female drinkers, so using it as a descriptive term for a woman implies that she is not a typical vulnerable woman. Her husband, Roarke, is Irish, and Ireland is famous for its whiskey; the fact that he sees her eyes as “whiskey-colored” may give a hint of his feelings for her, and perhaps his association of her with the comfort of drinking whiskey.

“Cop’s eyes” describe the most essential element of Eve’s character, that of a police officer. The term is also occasionally applied to other characters, in whom she recognizes traits she herself possesses. Eve is frequently referred to as a cop throughout the series, not just in reference to her eyes, and this repetition serves to remind the reader of both her personality and her role in the novels.

Encountering these familiar descriptive phrases from book to book help the reader to easily re-enter Eve Dallas’ world. In a series as long as In Death, because readers will often start the series in mid-stream, this becomes even more important.

Related posts:
Reading for the Writer.

Learning Who Your Characters Are.

Victoria Janssen [she, her] currently writes cozy space opera for Kalikoi. The novella series A Place of Refuge begins with Finding Refuge: Telepathic warrior Talia Avi, genius engineer Miki Boudreaux, and augmented soldier Faigin Balfour fought the fascist Federated Colonies for ten years, following the charismatic dissenter Jon Churchill. Then Jon disappeared, Talia was thought dead, and Miki and Faigin struggled to take Jon’s place and stay alive. When the FC is unexpectedly upended, Talia is reunited with her friends and they are given sanctuary on the enigmatic planet Refuge. The trio of former guerillas strive to recover from lifetimes of trauma, build new lives on a planet with endless horizons, and forge tender new connections with each other.
View all posts by Victoria Janssen →
This entry was posted in genre, reading, romance novels, writing, writing craft and tagged j.d. robb. Bookmark the permalink.