Werewolves All Over the World

I think that the werewolves currently depicted in paranormal romance are, gradually, creating a new idea of what a werewolf in fiction ought to be – in other words, reader expectation is being affected by what mythological details writers choose to present, or invent. Also, of course, writers who read in their genre can’t help but be influenced by it. 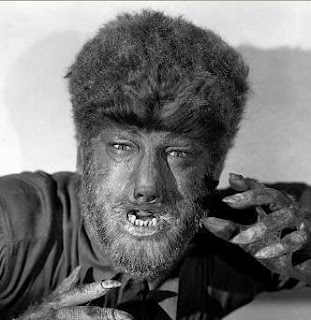 There are plenty of werewolf types I haven’t yet seen in paranormal romance, and I’m wondering if, as the subgenre ages, we’ll see more different types, as writers try to stand out from the crowd and as readers grow tired of the “same old thing.”

Here are a few to get you started:

The Lobisón is of Argentinian and Brazilian origin. The idea is that the seventh son in a row (daughters don’t count in the seven, and a seventh daughter in a row will be a witch) will turn into a werewolf. The Lobisón spends the rest of his life wandering in the wild, eating carrion, and attacking any humans he sees; if the human survives his bite, the saliva turns them into a Lobisón as well. He’d make a great character for a Gothic, wouldn’t he? Or, of course, a “Beauty and the Beast” story. 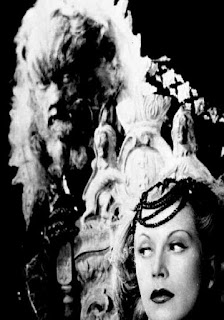 The Finnish werewolf usually is cursed to have the second form, either from being bespelled or accidentally breaking a taboo. They aren’t usually happy about this, and hang around houses, hoping to be recognized for their true self (a perfect romance theme!). They eat animals for the most part, rather than attacking people. Cures include being called by their true name or being fed bread, or both. And perhaps True Love could factor in?

Portugese werewolves are called lobis-homems, easily spotted because of their short yellow tails. Like the Finnish werewolves, the transformational ability was bestowed by a spell. The curse compels the victim to roll in crossroads dirt, which incites them to change into wolf-form and run howling into the night. They don’t attack humans, except when the lobis-homem was created by evil arts; the evil ones are set apart by the presence of a demonic mark somewhere on their body, or something strange about their eyes.

This is a classic book on werewolves, and often cited: The Book of Werewolves

. I also thought this book looked interesting: Werewolves: A Field Guide to Shapeshifters, Lycanthropes, and Man-Beasts

If anyone has any good resources on different types of werewolves, please pass them on!

Victoria Janssen [she, her] currently writes cozy space opera for Kalikoi. The novella series A Place of Refuge begins with Finding Refuge: Telepathic warrior Talia Avi, genius engineer Miki Boudreaux, and augmented soldier Faigin Balfour fought the fascist Federated Colonies for ten years, following the charismatic dissenter Jon Churchill. Then Jon disappeared, Talia was thought dead, and Miki and Faigin struggled to take Jon’s place and stay alive. When the FC is unexpectedly upended, Talia is reunited with her friends and they are given sanctuary on the enigmatic planet Refuge. The trio of former guerillas strive to recover from lifetimes of trauma, build new lives on a planet with endless horizons, and forge tender new connections with each other.
View all posts by Victoria Janssen →
This entry was posted in paranormal, romance novels, werewolves. Bookmark the permalink.

5 Responses to Werewolves All Over the World