What are your feelings on Love At First Sight?

Usually, I can’t believe in it. If it happens in a story, usually I don’t want to read any more. If the characters already know what they want, before I’ve seen anything of their characters, what’s the point? Why should I care?

I don’t need to know a lot about the characters to find them interesting. Even one tasty fact can give me a handle, such as “wounded veteran of the Napoleonic Wars” or “penniless bluestocking.” But I want the characters to know more than that about each other before they decide they’re in love. 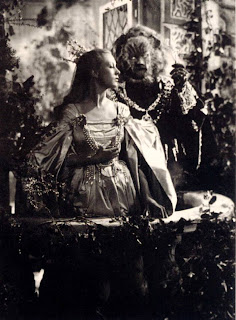 If insta-love happens to one character but not the other, then I’m more interested. That situation gives isntant conflict: he’s fallen in love with her, she doesn’t care he exists, or vice versa. He wants what he can’t have. That makes sense to me, in life as well as in story.

Or one can play with the insta-love. I’ve seen that done well, for example if the heroine is smitten by the hero’s unbelievable good looks, but then he does something obnoxious and she falls out of love with him, only to learn that her father has secretly engaged her to marry the guy…again, the conflict.

The more I think about it, the more I realize the only way I can accept insta-love is if it causes more story problems than it solves.

Related Posts:
How To Make the Mating Instinct Work, by Crystal Jordan.

Why I Love the Marriage of Convenience Plot.