This post was originally written for the Paranormal Romantics blog.

Vampire or werewolf? Demon or elf? Ghost or ghoul or unknown creature that goes bump in the night?

One of the earliest decisions most writers make when conceptualizing a novel is the characters. When writing a paranormal, one of the most important aspects of character is, obviously, the paranormal element. It’s easy enough to choose if you only like vampires, or have a contract to write a story about a demon, or just got a nifty new book about pookas. But sometimes you have no guidelines, or want to try something new. How do you decide? 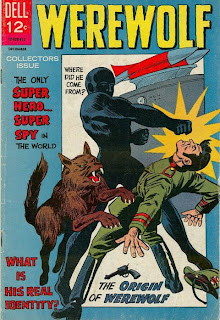 I thought about these issues when I first wrote the synopsis for THE MOONLIGHT MISTRESS. I already knew the historical period was going to be World War One, and the setting Europe. There had to be room in the story for an erotic-romantic plot as well as historical and paranormal details. Because that time period isn’t often used in romance or erotica, the setting would require a fair amount of detail. Thus, I decided not to stretch too far with my paranormal element. I chose werewolves.

Choosing a paranormal creature that’s popular in fiction doesn’t mean one can’t use that creature creatively. I researched werewolves, thought about the werewolf fantasies and romances I’d read, and decided what I had liked and disliked, and what I thought would be useful for my particular story. I added my own interpretation to the mythology in ways that would underline my story’s themes, and made their nature an integral part of the plot. Werewolves worked perfectly in my story as a symbol of nature. They could be in conflict with new technologies emerging as a result of the war.

That, I think, is the most important part of choosing a creature: seamlessly blending the myth with character and plot and theme, to make it intriguing and surprising to the reader.

I could have chosen other approaches. Many non-European people participated in World War One, and I could have chosen a creature from African or Indian mythology who had traveled with the soldiers, but that choice would have required mythological and cultural research in addition to the historical research, and I had a limited period in which to complete the novel. I’d still like to try that for a future story, though, and have been keeping an eye out for resource material. In that case, I could perhaps explore themes related to colonialism.

For another example, I might have used vampires as a way of underlining the vast loss of life. Ghost stories were common in World War One, and would have easily tied in to themes such as grief, mourning, and memory. The possibilities are endless, and worth thinking through before you begin to write.

Victoria Janssen [she, her] currently writes cozy space opera for Kalikoi. The novella series A Place of Refuge begins with Finding Refuge: Telepathic warrior Talia Avi, genius engineer Miki Boudreaux, and augmented soldier Faigin Balfour fought the fascist Federated Colonies for ten years, following the charismatic dissenter Jon Churchill. Then Jon disappeared, Talia was thought dead, and Miki and Faigin struggled to take Jon’s place and stay alive. When the FC is unexpectedly upended, Talia is reunited with her friends and they are given sanctuary on the enigmatic planet Refuge. The trio of former guerillas strive to recover from lifetimes of trauma, build new lives on a planet with endless horizons, and forge tender new connections with each other.
View all posts by Victoria Janssen →
This entry was posted in paranormal, writing craft, writing process. Bookmark the permalink.

4 Responses to Choosing Your Paranormal Creature