Recently, I went on an internet search for plot generators. Here are some of the most intriguing scenarios that popped up for me.

These came from Archetype Writing.
“The story starts when your protagonist opens the closet to find clothes that aren’t his/hers. Another character is an alchemist who believes your protagonist owes him/her money.” 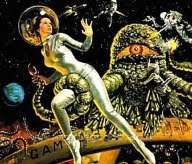 “The story starts when your protagonist breaks up with a romantic partner. Another character is a thief who is researching something terrible.”

And my favorite: “The story starts when your protagonist comes out of the closet. Another character is a school teacher who is psychic.” 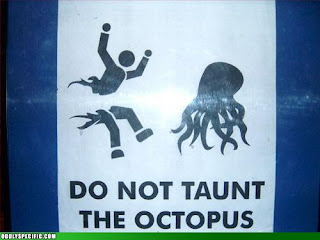 “In this story, a healer who is burdened with dark knowledge accidentally runs into a healthy druid. What starts as a professional relationship soon turns into infatuation.”

“This story takes place in a planetary imperium in a solar-system-spanning syndicate. In it, a clinging media personality runs into a xenobiologist who is a crossbreed of two species. What starts as hate soon turns into love – all thanks to someone pretending to be someone else.”

My favorite is “In this story, a just watchman falls madly in love with a grim cartographer.”

I love the Plot Twist Generator in particular.
“At this point a paranoid aviator arrives, bleeding from multiple stab wounds.”

“Just then a penniless female impersonater arrives and shoots your protagonist’s mother.”

“The scene changes, and a domineering vampire arrives, carrying a backpack.”

And the best one, “Only penguins can save this story.”

Victoria Janssen [she, her] currently writes cozy space opera for Kalikoi. The novella series A Place of Refuge begins with Finding Refuge: Telepathic warrior Talia Avi, genius engineer Miki Boudreaux, and augmented soldier Faigin Balfour fought the fascist Federated Colonies for ten years, following the charismatic dissenter Jon Churchill. Then Jon disappeared, Talia was thought dead, and Miki and Faigin struggled to take Jon’s place and stay alive. When the FC is unexpectedly upended, Talia is reunited with her friends and they are given sanctuary on the enigmatic planet Refuge. The trio of former guerillas strive to recover from lifetimes of trauma, build new lives on a planet with endless horizons, and forge tender new connections with each other.
View all posts by Victoria Janssen →
This entry was posted in writing. Bookmark the permalink.

7 Responses to Fun with Plot Generators