In The Moonlight Mistress, werewolves are an important element. However, the world they live in is much like our world; the werewolves exist as “secret history.” Though several of the characters know about the existence of werewolves, and one finds out about them in the course of the novel, for the most part they exist out of sight.

I’ve always been told that every detail of a story should be relevant in more than one aspect, and that’s even more important in speculative fiction, where so many more details are required. For example, a particular song and its topic tell the reader something about the world as well as something about the character who’s chosen that song to sing. If the character is singing too loudly, he might alert his enemies and thus propel the plot forward. I tried to use duplicate or triplicate relevance whenever the werewolves appeared in the story. 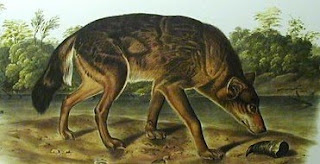 First, the werewolves served a plot purpose. The main romantic couple in the story meet because the hero is trying to gain information about a secret laboratory studying werewolves; later, when he shares this with the heroine, it demonstrates that a level of trust has been established between them. Her reaction shows how she’s come to feel about him. When they take action together (deepening their relationship) to save the werewolves, again the werewolves are propelling the plot. At the same time, the personal relationship between two werewolves comments on the relationship between the main couple; both couples are thrown together because of the war, and both pairs discover they have something powerful in common.

One of the soldier characters is a werewolf. He has werewolf problems which draw in his human friends and have consequences for them. Each time he acts like a werewolf, the plot is moving, his character is being reinforced, and the reader is being reminded that they’re reading a fantasy.

Victoria Janssen [she, her] currently writes cozy space opera for Kalikoi. The novella series A Place of Refuge begins with Finding Refuge: Telepathic warrior Talia Avi, genius engineer Miki Boudreaux, and augmented soldier Faigin Balfour fought the fascist Federated Colonies for ten years, following the charismatic dissenter Jon Churchill. Then Jon disappeared, Talia was thought dead, and Miki and Faigin struggled to take Jon’s place and stay alive. When the FC is unexpectedly upended, Talia is reunited with her friends and they are given sanctuary on the enigmatic planet Refuge. The trio of former guerillas strive to recover from lifetimes of trauma, build new lives on a planet with endless horizons, and forge tender new connections with each other.
View all posts by Victoria Janssen →
This entry was posted in moonlight mistress, paranormal, sf/f, writing craft. Bookmark the permalink.