People have been talking for a while about how there’s more erotica being published in both print and electronic formats, and how more people are reading erotica and talking about it, and how erotica is getting more and more explicit and transgressive.

transgression: (noun) an act of transgressing; violation of a law, command, etc.; sin. Or, in the case of published erotica, exploring the limits of societal boundaries regarding sexual acts. 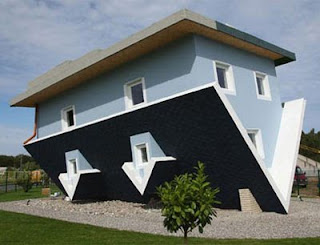 Is there any way to gauge appropriate levels of transgression? (I am aware of the innate humor of that question!) If we progress in huge leaps, will we leave our readers behind? He did what with what in a what? Why? If we progress in tiny, shuffling steps, will the readers grow bored with reading the same acts over and over again? Oh, good grief, not another ménage à neuf.

If writers are exploring the boundaries, how far is too far? And is that really the relevant question? I think the real question might be, how far it worth it to go outside the boundaries?

I think, in story terms, it’s the boundaries that are of the first importance. You can’t transgress unless there’s a boundary in place. If those boundaries aren’t set up in the novel or story, then transgressing is meaningless, and fails the “why do we care?” test of fiction.

Say the story is set in Regency England. It’s a big deal if one character deliberately ignores another on the street. In a contemporary novel set in, say, New York City, that act would be much less meaningful. If, however, one contemporary character was peacefully walking along 6th Avenue and another character ran over and sniffed her buttocks, then there would be conflict. In a science fiction world where all of the dog-descended aliens sniff each others’ buttocks in greeting, not sniffing would be the transgression.

To say it another way, I think the effective degree of transgression in a story is directly related to the boundaries the writer sets within that world. If those boundaries aren’t set, then transgression might momentarily shock, but ultimately not serve the story.

If the world is contemporary and local, it’s a bit easier to relate to the boundaries, as we carry them within us; then the craft issue moves on to the next stage, using the transgression effectively by making it uniquely relevant to the characters and themes of the story.

If the transgression doesn’t serve the story, then I think it’s pointless. At least in the stories I am most interested in reading.

Victoria Janssen [she, her] currently writes cozy space opera for Kalikoi. The novella series A Place of Refuge begins with Finding Refuge: Telepathic warrior Talia Avi, genius engineer Miki Boudreaux, and augmented soldier Faigin Balfour fought the fascist Federated Colonies for ten years, following the charismatic dissenter Jon Churchill. Then Jon disappeared, Talia was thought dead, and Miki and Faigin struggled to take Jon’s place and stay alive. When the FC is unexpectedly upended, Talia is reunited with her friends and they are given sanctuary on the enigmatic planet Refuge. The trio of former guerillas strive to recover from lifetimes of trauma, build new lives on a planet with endless horizons, and forge tender new connections with each other.
View all posts by Victoria Janssen →
This entry was posted in erotica, genre, reading, writing, writing craft. Bookmark the permalink.