This week, four different guests will be posting on my blog about their origin stories, Tuesday through Friday.

(Not their origins in the comic book sense, though!) 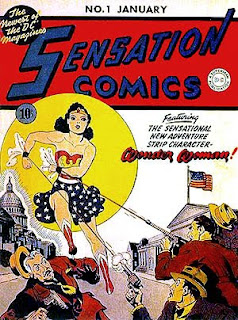 They’ll be talking about when they began to write seriously, and why, and where that journey’s brought them, and what they’ve learned about themselves in the process.

And the winners of the Friday book drawing, thanks to random.org, are: #1, Lyoness, The Moonlight Mistress; #2 and #3, LVLM and Armenia, who will both receive The Duchess, Her Maid, The Groom and Their Lover; and #4, Ilona, Cowboy Lover. I’ll email you this week for mailing addresses.

Now, back to origins.

Though I always told myself stories in my head, as far back as I can remember, I didn’t begin to write seriously, actually putting words on paper, until I was in college. I think what changed is that in college, I had a built-in audience of friends to read and appreciate my stories. It was both motivation and reward to share stories, talk about them, and help each other write them. Until then, I hadn’t really realized how much fun writing could be.

That’s the most important lesson I ever learned: publication can never be my sole motive for writing. Even being paid for writing isn’t enough. I need to enjoy what I’m doing, and I need to be able to share it. If it hadn’t been for that college community, and the fan community of which I became a part, I might never have finished a single story, might never have gone on to seek publication.

Victoria Janssen [she, her] currently writes cozy space opera for Kalikoi. The novella series A Place of Refuge begins with Finding Refuge: Telepathic warrior Talia Avi, genius engineer Miki Boudreaux, and augmented soldier Faigin Balfour fought the fascist Federated Colonies for ten years, following the charismatic dissenter Jon Churchill. Then Jon disappeared, Talia was thought dead, and Miki and Faigin struggled to take Jon’s place and stay alive. When the FC is unexpectedly upended, Talia is reunited with her friends and they are given sanctuary on the enigmatic planet Refuge. The trio of former guerillas strive to recover from lifetimes of trauma, build new lives on a planet with endless horizons, and forge tender new connections with each other.
View all posts by Victoria Janssen →
This entry was posted in promo, writing. Bookmark the permalink.