I didn’t really start thinking about paragraphing – consciously – until a couple of years ago.

My writers’ workshop was critiquing one of my pieces. I don’t remember if it was a short story or a novel, or even exactly when the meeting took place. But I clearly remember John pointing out that I’d “stepped on my own ending.” He’d made this comment before, I think, to someone else at a different time, and twice was enough for it to stick, because he was right. I’d written an excellent ending sentence for a paragraph, then I’d stepped on it by following with another, weaker sentence. 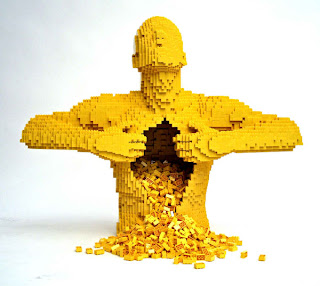 I think that principle applies on the sentence level and chapter level as well, but the paragraph is the most important.

Think of it this way: it’s good to end a chapter on a cliffhanger, so the reader wants to continue. Every sentence can’t end dramatically, because that would wear the reader out pretty quickly. Also, most readers don’t read every word separately; they tend to comprehend groups of words simultaneously. Our eyes tend to skim, snagging on what’s important.

Paragraphs are set apart from each other, and can visually snag the reader’s eye at beginning and end. Don’t waste that.

Note that I’m mostly thinking of non-dialogue paragraphs here. Dialogue brings in some of the same issues, but also some different ones.

I can think of multiple methods to end a paragraph dramatically. The first one is to use a single-sentence paragraph, as I did above. That gets annoying if you do it too often, but it can be very effective in small doses. It emphasizes the sentence both visually and in the reader’s head. It can induce a brief pause to consider. 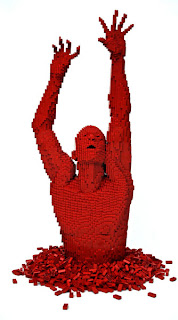 Second, the cliffhanger. End the paragraph with a question in the reader’s mind, so she wants to go forward to the next paragraph. “He fell.” What happened next?

Third, the unexpected twist, perhaps a contrast to what’s gone before, or an additional, vivid detail. “Beneath all the finery, however, his feet were bare and filthy, with clawed yellow toenails.” This, also, can induce a small pause or slowing of the prose rhythm.

I don’t think drama is always necessary. The paragraph is also a unit of organization. Breaking the paragraph after the room is described, or after a unit of action, is just as valid and serviceable. Repeated dramatic paragraph endings take away from the technique’s effectiveness, and make Strunk and White cry.

Like so many things about writing, it depends on the circumstances.