To help out my thinking, I’ve been browsing among various articles, books, saved messages, etc. that I saved thinking I would get to them later, when I needed them. I’m not reading any of it closely, just skimming, and letting ideas come together in my head, loosely and probably confusingly connected. Yes, it’s my usual “let the backbrain do it!” methodology. 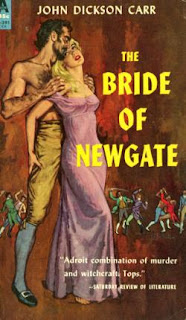 Right now, I’m more intrigued by the trapped protagonist, perhaps because I haven’t explored it much in my own writing, yet.

If the protagonist is trapped somewhere – in a house, in a town, in a network of tunnels, in a relationship – the tension of the story is automatically ramped up. The character is trapped and wants to escape. The barriers she has to overcome are right in her face, perhaps even familiar to her (her home town taken over by the Children of the Corn! her own husband turning into a vampire!). It’s claustrophobic. Her emotions can be compressed like the space, and then explode with concomitant force.

Plus, there’s making old things new again. If the character is in a familiar setting, perhaps the town where she grew up, people and things surrounding her haven’t necessarily changed. But she is changing in the course of the book, so her perceptions of familiar things will change. That’s movement. That’s part of the plot arc.

Suddenly, I’m seeing another level to the appeal of the Gothic novel.

2 Responses to The Trapped Protagonist