Why Not Twentieth Century Historicals?

Why are so few (print) romance novels set in the twentieth century?

If you go to a bookstore and look at the section labelled “Romance,” certain things are there and certain things are not. With the exception of occasional outliers like Harlequin’s line of 20th century “decade” books– a line of categories that some bookstores didn’t carry, and which was then closed down–historicals seem to include only a few periods. 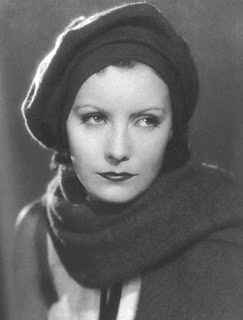 The highest proportion of historicals set in Britain and Europe are set in the 19th century, with the Regency era far surpassing the earlier Georgian period (technically, Regency is still Georgian, I know–but in Romance the distinction seems to be made that way). Medievals seem to be a much smaller slice of the market, as are Victorians. Sometimes, you get something set in the Renaissance, mostly in Italy, or in France during the Revolution. (There are always exceptions, and I love exceptions, so please tell me your favorites!)

American history seems to consist of the Civil War and the “western expansion” era of the late 19th and sometimes very early 20th century. I have seen some paranormal authors, for example Susan Krinard, write books that take place at least partly on the US East Coast in the 19th century, but that isn’t common. Occasionally someone writes a book set in the American Revolution, usually including some intersection between Americans and British. Suzanne Brockmann got away with some WWII content mixed with contemporary in some of her Navy SEALS romance/suspense novels, but I note that she’s stopped doing that some time ago; her current series is all contemporary. And that is mostly it, at least that I can think of.

Why is this? Who decided? Are more current time periods–the 1920s through, say, the 1970s–seen as less interesting? Are writers simply not producing books set in those periods, or is it that publishers don’t want them? Have they tried them, and they don’t sell? Is it just too weird for people to read about a period they lived through, or that their parents lived through? Is the recent past too close to us, and does it disrupt the fantasy aspects of the story? Do we know too much that’s disturbing about our recent history? 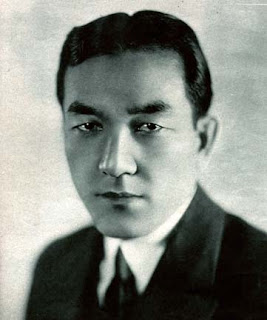 Aside from all those issues, it may be part of the problem that one researches a romance partially by reading other romances to see the shape of the genre, and there are few predecessors for romances set during more recent historical periods (what about novels contemporary to those periods, from the 1960s and 1970s, for example?).

Or could it be the fault of readers that 20th century historicals aren’t popular? Regular readers of, say, Regencies, acquire a basic grasp of that time period. In relation to periods in which one never lived, what if the majority of readers don’t want to learn about a new time period, since they’re happy in the one they’ve chosen?

Since we’re well into the twenty-first century now, perhaps it’s time to think more about writing books set in the twentieth.

Victoria Janssen [she, her] currently writes cozy space opera for Kalikoi. The novella series A Place of Refuge begins with Finding Refuge: Telepathic warrior Talia Avi, genius engineer Miki Boudreaux, and augmented soldier Faigin Balfour fought the fascist Federated Colonies for ten years, following the charismatic dissenter Jon Churchill. Then Jon disappeared, Talia was thought dead, and Miki and Faigin struggled to take Jon’s place and stay alive. When the FC is unexpectedly upended, Talia is reunited with her friends and they are given sanctuary on the enigmatic planet Refuge. The trio of former guerillas strive to recover from lifetimes of trauma, build new lives on a planet with endless horizons, and forge tender new connections with each other.
View all posts by Victoria Janssen →
This entry was posted in genre, historical fiction, romance novels. Bookmark the permalink.

20 Responses to Why Not Twentieth Century Historicals?