Contraception in World War One

A History of Contraception: From Antiquity to the Present Day

p. 183-184 “Bentham declared in 1797 that population could be controlled not by a ‘prohibitory act’ or a ‘dead letter’ but by ‘a sponge’, indicating that a range of contraceptives was already known to the late eighteenth-century, middle-class readers of the Annals Of Agriculture. Carlile, in the first book published in England on birth control–Every Woman’s Book: Or What Is Love (1826)–described the woman’s use of a sponge, the man’s employment of a baudruche or ‘glove’ and partial or complete withdrawal.” 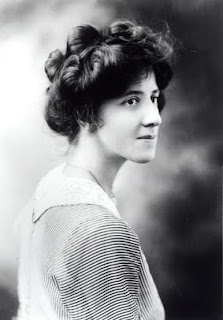 Marie Stopes published Married Love in 1918, which eventually sold over a million copies. She published Wise Parenthood later in 1918. She opened her clinic in 1921.

“In Europe [condoms] were still being made of animal skins and silk into the twentieth century; French propagandists provided information on how housewives could make condoms or baudruches from intenstines purchased at butcher shops…by the 1850s relatively cheap rubber condoms were available in the United States, A.M. Mauriceau offering to sell them at $5.00 a dozen.”

19th century: condoms were too expensive for many people, and were prone to bursting. Also associated with disease and prostitution.

p. 184-185 “The invention of the diaphragm did represent a significant innovation in fertility control.” 1882: “a soft rubber shield.” Expensive, and had to be fitted by a physician. Douching after intercourse was recommended, though it was less effective than coitus interruptus.

Spermicides in the form of powders or jellies began to be developed at the turn of the century. Soluble quinine pessary in use in the 1880s. Women also made their own pessaries from cocoa butter or glycerine.

Latter decades of 19th century both useful and dubious contraceptives and abortifacients could be bought by mail or in barber shops, rubber goods stores, and pharmacies. Salesmen went door-to-door in some neighborhoods. 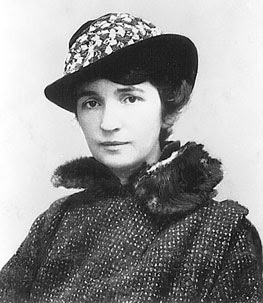 p. 186 “nineteenth century Europeans’ first means of limiting births was..simply abstaining from intercourse.” Upper classes could have separate beds and/or bedrooms for husband and wife. People married later at end of 19th century. Rhythm method also followed by some, once idea of fertile periods discovered; unfortunately, the truth of a woman’s cycle was not discovered for a long time. Extended nursing another method of limiting births.

Victoria Janssen [she, her] currently writes cozy space opera for Kalikoi. The novella series A Place of Refuge begins with Finding Refuge: Telepathic warrior Talia Avi, genius engineer Miki Boudreaux, and augmented soldier Faigin Balfour fought the fascist Federated Colonies for ten years, following the charismatic dissenter Jon Churchill. Then Jon disappeared, Talia was thought dead, and Miki and Faigin struggled to take Jon’s place and stay alive. When the FC is unexpectedly upended, Talia is reunited with her friends and they are given sanctuary on the enigmatic planet Refuge. The trio of former guerillas strive to recover from lifetimes of trauma, build new lives on a planet with endless horizons, and forge tender new connections with each other.
View all posts by Victoria Janssen →
This entry was posted in erotica, research, wwi. Bookmark the permalink.

2 Responses to Contraception in World War One