For Love or Money?

This post grew out of a discussion at one of my favorite blogs, Read React Review, specifically this post, “At What Point in the Writing Process Do Writers Think About What Will Sell?” Comments in italics are from Jessica, who wrote the original post. My comment was lengthy, and I’ve continued to think about the issues she raised.

I wonder where in the writing process writers think about this. 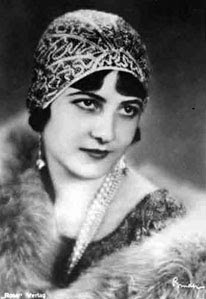 As you surmised, this is a difficult question. If you’re a writer who reads in your genre (and most are, that’s how they learn their genre), then you’re steeped in it, and to some extent genre equals what sells to readers of that genre and vice-versa. And round and round and round she goes…. Plus, if you read in that genre, likely you’re attracted to it anyway, on some deep level.

There is sometimes input from agent/editor/crit partners to try one thing or another. I haven’t really had that yet, but it’s common, and if I got such a suggestion, I would consider it seriously, to see if I could make that idea my own. I think it never hurts to consider outside advice, whether I take the advice or not. Sometimes others can see my writing more clearly than I can. I might be especially good at a particular type of story and have no idea that those stories are any better than anything else I’ve written. I might be good at something that’s more salable than what I’m currently writing. Again, it’s a tangled process of decision-making.

Here’s an example of how I think this process works for me. I’d like to do a Victorian historical romance one day, and one reason is because mass market historical romance sells more than erotica and I’d like to make more money for a book. Market-wise, there seem to be a few more Victorian-set romances at the moment, so presumably they’re selling.

My other reasons for that goal, though, are myriad: I love historical romance – it’s the sub-genre I read most of these days – and I am always wishing for more Victorian-set books, and I love research. The Victorian period is a nice segue backwards from the Edwardian/WWI I’ve already used, so I’d be following my own interests. I already have some books, which I’ve been sporadically reading.

The thing is, if I wasn’t intellectually and emotionally interested already, I don’t think it would have occurred to me to try and write a Victorian historical romance in order to make more money. You’re not guaranteed a sale, especially in a genre in which you’ve not previously sold. It’s not worth it (to me) to put all that time and mental effort into a project unless I’m going to enjoy the heck out of it. For most novels, your hourly rate (counting writing, thinking, researching, editing, revising, proofing, marketing) is…minimal.

So far, this project consists of a few notes on hero and heroine, a few research books I’ve purchased but not yet read, and a substantial research wishlist (ahem, yes, I know my weaknesses!). The project is a carrot to me, a prize for when I’ve done the work for which I’m already contracted. That looms larger for me than any monetary motivation.

Does saleability function like a limiting set of pre-writing conditions, which, once determined, leave the writer free to forget about them, as long as she stays within their boundaries? Or is sales always one of the voices in a writer’s head as she types away? 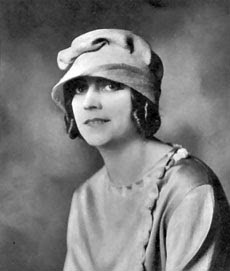 Since I’m under contract right now, I tend to think more of my editor’s opinions and the constraints of the line for which I write. Luckily for me, the Spice line does not seem to have many constraints. If I’m in doubt about something (real example: the male/male scenes in The Moonlight Mistress), I write what I want and let the editor decide. So far, both of my editors have been okay with my decisions. If the editor requested a change, I would probably make it, because after all, they’re paying me for the book and they have more experience at what will sell. I do want people to buy my books and read them. If I felt strongly about, say, cutting a scene, I would bring it up with my editor and give her my opinion. But I suspect in most cases I would end up giving in, or at least compromising. Knowing myself, the editor likely sees the whole picture of the novel more clearly than I do.

I wonder if a never-published or early career writer has to pay more attention to what sells?

Since I support myself with an office job, this is less of a concern for me. I write for my own purposes first, money second. The money is icing, for me, lovely but not necessary every day. I know this about myself: I would write even if I wasn’t being paid. I did it for years.

I know a number of people who support themselves through writing. It’s difficult, and can be very unreliable as you wait to be paid, especially if you don’t have a large output and are dependent on a limited number of contracts. I do not want to attempt that at my present level. I am more comfortable receiving a regular paycheck. Worrying about money is stressful and makes me less interested in writing. If I was selling amazing amounts of money with every book, that would be different, but I don’t think that’s likely to happen!

12 Responses to For Love or Money?