Series-itis: there’s entirely too much wordcount devoted to reminding us what happened to the hero when he was a minor character in a previous book, and setting up various other characters for their roles in future books, not to mention the obligatory mentions of previous romantic couples in the series.

I’m not sure why I like and continue to read series of linked books when what I really want is for the romantic couple of one book to go off to the jungle after their book is done so I don’t have to find out that they’re pregnant or that they just had twins or how happy they are now while in the middle of someone else’s adventure. Their settled happiness is boring, and sucks all the lovely tension out of the current book. 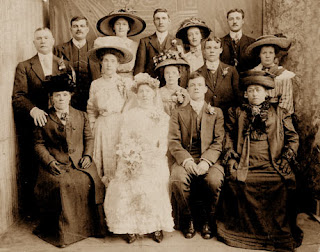 And also, all the linked characters in such a series have to be Happy Together, or if they have any interesting disagreements, they must be resolved so we can eventually see them be Happy Together (“oh, he changed so much after his marriage to Julian’s cousin’s ward, you know the one who escaped France under the auspices of the Purple Pumpernickel–you mean Arthur is the Purple Pumpernickel? And he was in love with her? Oh, poor Arthur. Well, maybe he can find another wench, now that he’s unexpectedly come into his title through that bizarre great-great-aunt accident.”)

All that niceness gets a little wearing after a while. And if they’re all so friendly, that means, again, that old characters have to take up space in each book that should belong to its hero and heroine. Series-itis sufferers often replace the quite useful unnamed flat character in order to shoehorn in someone from a previous or future book.

Judy Cuevas’ Bliss and Dance use a better approach. The first book ends with the two brothers still not entirely settled in their relationship, and is resolved somewhat with very occasional letters in the second book. Brief, to the point, shows character change.