At the 2003 WisCon, there was a panel about “Slow Writers.” I’ve been thinking about it again, and thought it would be a good thing to post in my blog.

This post is comprised of my distilled memories of the panel.

Everybody works differently, and everybody is right.

There are at least two kinds of slow writers: those who write a tiny bit consistently, and those who just don’t write very often. Combinations of the two are also common.

Most writers want to increase their productivity.

There’s a difference between writing and typing that can affect our perceptions of how fast we write. For example, some people plot out an entire story in their heads, spending many months reworking it, and then type the whole thing in a day. Some people count the thinking period as writing time, some do not. Some think on paper or computer screen, some don’t.

A lot of the pressure to be a faster writer comes from having to market your work. Karen Fowler said (I paraphrase), “You have to finish your book before all the booksellers who’ve heard of you are dead.”

Methods used by panelists and audience to try and speed their writing, some of which were used to make themselves write anything at all, were varied.

Some of what follows came from the Slow Writers panel, some from comments at the Living Room event I attended with Ellen Kushner and Delia Sherman.

One writer found the pressure of having a contract for her novel helped her to finish it; being accountable to someone else for pages produced helped many people, but not all. Others said finishing a book for which they already held a contract was more difficult, because they felt they were forcing themselves to go faster than normal.

Keeping a journal was mentioned by more than one person (for example, Peg Kerr) as a way to keep track not only of daily word count but of daily thoughts and feelings about the work; one can go back and see that one always gets depressed around page 200 of a manuscript.

Candas Dorsey said that she has often used old reviews or commentary on her work to give herself a boost when she felt discouraged about her progress.

Some can only write a story in chronological sequence, so when they are stuck, they must often retreat before they can go on. Others wrote various scenes and then connected them later, so if they got stuck, they could just move on to another scene. 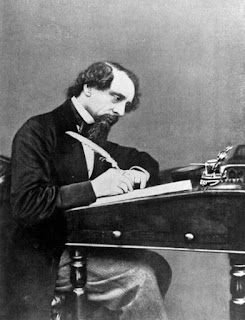 A related strategy I myself have used, and that was described in the panel, is to always have more than one project going. If one project needs more thought, then move on to a second one, or a third.

A method to encourage productivity is setting a writing date with a friend, who may or may not also be writing. For that hour or however long, you must write, or at least stare at a page. Being responsible to another person for showing up is a good motivation; that method has worked for me. A variation used by Delia Sherman involves sending a certain number of pages to a friend on a regular basis (I think my variation on this is posting draft sections in my journal).

Some found deadlines from their critique group were helpful.

All of this was very useful, but the best thing about that panel was, I think, the validation!

Victoria Janssen [she, her] currently writes cozy space opera for Kalikoi. The novella series A Place of Refuge begins with Finding Refuge: Telepathic warrior Talia Avi, genius engineer Miki Boudreaux, and augmented soldier Faigin Balfour fought the fascist Federated Colonies for ten years, following the charismatic dissenter Jon Churchill. Then Jon disappeared, Talia was thought dead, and Miki and Faigin struggled to take Jon’s place and stay alive. When the FC is unexpectedly upended, Talia is reunited with her friends and they are given sanctuary on the enigmatic planet Refuge. The trio of former guerillas strive to recover from lifetimes of trauma, build new lives on a planet with endless horizons, and forge tender new connections with each other.
View all posts by Victoria Janssen →
This entry was posted in conferences, writing, writing process. Bookmark the permalink.