Sometimes, you just need to watch some women blow things up.

Today I’m going to recommend some violent and also hot space opera babes. Traditionally, these are done as top fives, so that’s what I did.

1. Princess Leia, Star Wars. Like, duh. I think she was the hottest in her bounty hunter costume in Return of the Jedi. Quote: “I don’t know where you get your delusions, laser brain.” 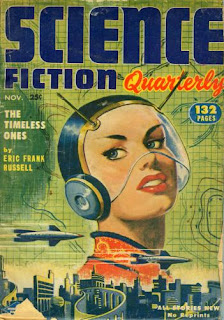 2. Aeryn Sun, Farscape. Not only hot, but tough. Much more a warrior than her eventual paramour, scientist John Crichton. She even gives birth in the middle of a firefight. Quote: “Shooting makes me feel better.”

3. Dayna Mellanby, Blake’s 7. A brilliant creator of weaponry as well as user of same. Also, hot. Quote: “Without danger, there’s no pleasure.”

4. Starbuck, Battlestar Galactica. The female one. Okay, so I haven’t watched the later seasons yet. But in the earlier seasons, she is amazingly hot and also a total rake. I would buy her in any historical romance. Especially hot in her military undershirt. Quote: “Me in a dress is a once in a lifetime opportunity.”

5. Ellen Ripley, Aliens. The second movie is the best. Hard, gritty, nonstop, and she makes the hard decisions. Especially hot when shooting evil aliens. Quote: “I say we take off and nuke the entire site from orbit. That’s the only way to be sure.”

Victoria Janssen [she, her] currently writes cozy space opera for Kalikoi. The novella series A Place of Refuge begins with Finding Refuge: Telepathic warrior Talia Avi, genius engineer Miki Boudreaux, and augmented soldier Faigin Balfour fought the fascist Federated Colonies for ten years, following the charismatic dissenter Jon Churchill. Then Jon disappeared, Talia was thought dead, and Miki and Faigin struggled to take Jon’s place and stay alive. When the FC is unexpectedly upended, Talia is reunited with her friends and they are given sanctuary on the enigmatic planet Refuge. The trio of former guerillas strive to recover from lifetimes of trauma, build new lives on a planet with endless horizons, and forge tender new connections with each other.
View all posts by Victoria Janssen →
This entry was posted in movies, sf/f, television. Bookmark the permalink.