In Jane Yolen’s Take Joy: A Writer’s Guide to Loving the Craft 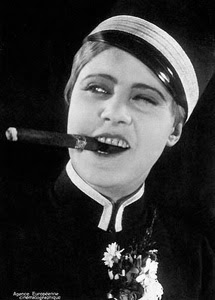 She suggests taking a single chapter and re-reading the whole thing while changing the gender of the characters, or the point of view, or leaving out all the modifiers, or counting how many times you’ve used each sense for events you’ve related. All this is to help you see where you’ve repeated yourself, among other things.

This path had no colored lanterns, and the pristine white gravel gave way to hard-packed earth. Abruptly, their steps were silenced, and the evergreen hedges seemed to lean in on them, concealing them from view and softening the sounds of distant voices. (c. Victoria Janssen 2010): sight – 4; touch – 1; hearing – 2. Of course, I chose that selection because it had a lot of sense impressions. Hmmm.

Checking a few other places in my current manuscript, in a very unscientific way, my pattern continues of sight being the sense I refer to most often, followed by hearing, followed by smell or touch, so perhaps sampling is just as effective a way to do the exercise. I seem to use scent a lot when I need a quick, vivid impression, which makes sense to me, as I find some smells very evocative. Some examples: “opulent smell of roasting beans and honeyed pastries” versus the later “bread fried in lard and sour wine,” along with a number of instances of distinctive scents associated with a particular character, either physical things (something they’d eaten or drunk) or associational (the person has a familiar personal scent which the pov character finds delicious).

I tried the gender switch exercise, and…in my writing, there’s not much difference between how males and females speak and behave (aside from physical differences). Which doesn’t surprise me much.

Yolen notes also that turning a prose paragraph into lines of poetry (just breaking the lines, not rhyming or anything) can help you identify where you’ve overwritten. Turning poetry into prose can help you see if you’ve been too cryptic.

Gulls swooped and
dove and
screamed.
Wading birds scampered
along the tide line,
stopping only to
stab their long beaks
into the wet sand
in search of food.
Behind the blindingly bright sand,
tall grasses waved
in the breeze, gradually merging into
low, darker green scrub and finally into
towering, densely leaved trees.
As she watched, a scarlet bird winged
from the trees to a rocky outcropping
that was white with guano.
(c. Victoria Janssen 2010)

(It’s harder than it looks! I think this is a little flowery, but it’s only one paragraph; I think it’s okay to leave alone.)

I read Take Joy shortly after it came out, and had forgotten these very useful pieces of advice until I was browsing through my notes.