A Little History With Those Vampires, Ma’am? 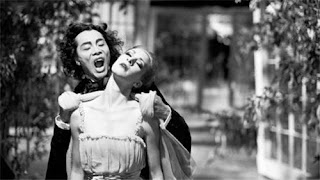 by Alaya Johnson just came out this month; I was fortunate enough to receive an advance copy in April, due to running into the author at a convention and, umm, begging. Moonshine is set in 1920s New York City, and is one of the most original vampire books I’ve ever read. Vampires and various other “Others” are common and known in the novel’s world; Others are part of a growing social problem, as some vampires feed on humans indiscriminately, usually turning them against their will. Another group of vampires restrict themselves to blood banks and try to fit in with humans, becoming yet another underclass, mirroring and emphasizing experiences of the various immigrants, non-white people, and working class inhabitants of New York City.

Johnson ties these themes in with the first-person narrator, Zephyr, a young woman who teaches night school to Others and immigrants on the Lower East Side, participates in demonstrations, and works with various social activist organizations, resulting in a lot of realistic social diversity that’s inextricable from the plot. There’s also an excellent romance element between Zephyr and (literal!) hottie Other, Amir. I am really hoping this becomes a series, as there are numerous interesting secondary characters and more than enough scope for many, many books.

My favorite long-running vampire series is P.N. Elrod’s Vampire Files. In this case, mystery and fantasy blend with a 1930s Chicago setting and a great first-person voice, leaving me willing to settle in with volume after volume. If you like Jim Butcher’s (more recent) Dresden Files books, you’d probably like these.

Despite the setting, I wouldn’t call the series noir, except for numbers ten and eleven, Cold Streets

and Song in the Dark

. They’re detective novels on the lighter side. Jack Fleming, the protagonist, is at heart a moral and good-hearted person, with a hyperintelligent sidekick named Escott and a sweet girlfriend named Bobbi. Unlike in vampire romance novels, whether Jack will turn Bobbi is not a major issue between them; it’s just another part of their relationship, which they talk over now and then. (This might also be because they’re series characters.)

The Vampire Files, Volume One

and The Vampire Files, Volume Two

collect the first six novels in the series. 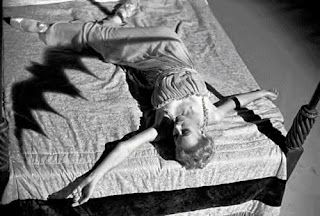 Barbara Hambly is one of my favorite fantasy writers ever, and her vampire novels set in the early twentieth century are no exception. Those Who Hunt the Night

and its sequel, Traveling with the Dead

, portray a world in which vampires are not-so-nice; the heroes of the first book are James Asher, an Oxford professor (and former spy) and his wife Lydia, a physician with a powerful intellect. An intriguing and ambiguous vampire character, Simon Ysidro, approaches them to find out who is murdering vampires all over London. The second novel focuses more on Lydia, who has to seek Simon’s help to aid her husband, which leads to even more moral/ethical exploration of vampires in that world.

What are your favorites?

The photos are from the 2002 silent film Dracula: Pages from a Virgin’s Diary

Victoria Janssen [she, her] currently writes cozy space opera for Kalikoi. The novella series A Place of Refuge begins with Finding Refuge: Telepathic warrior Talia Avi, genius engineer Miki Boudreaux, and augmented soldier Faigin Balfour fought the fascist Federated Colonies for ten years, following the charismatic dissenter Jon Churchill. Then Jon disappeared, Talia was thought dead, and Miki and Faigin struggled to take Jon’s place and stay alive. When the FC is unexpectedly upended, Talia is reunited with her friends and they are given sanctuary on the enigmatic planet Refuge. The trio of former guerillas strive to recover from lifetimes of trauma, build new lives on a planet with endless horizons, and forge tender new connections with each other.
View all posts by Victoria Janssen →
This entry was posted in reading, recommendations, sf/f, vampires. Bookmark the permalink.

1 Response to A Little History With Those Vampires, Ma’am?