Posted on May 27, 2010 by Victoria Janssen
Tweet
Sculpture of a typewriter. I think it was the Abrams booth. 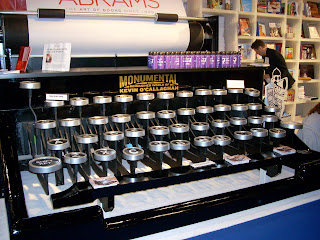 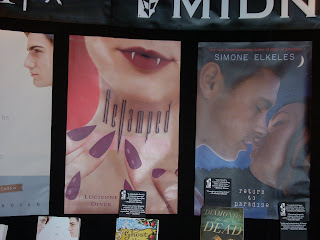 Delia Sherman and publisher Gavin Grant of Small Beer Press, signing copies of Interfictions 2 in the autograph area. The chutes are less scary when friends are at the end of them! 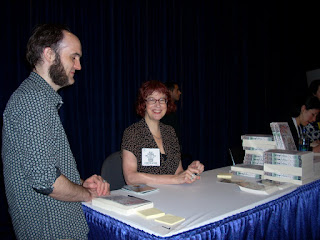 Cecilia Tan with some of her upcoming books from Red Wheel. 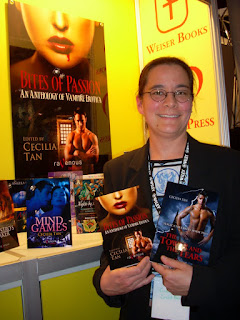 Victoria Janssen [she, her] currently writes cozy space opera for Kalikoi. The novella series A Place of Refuge begins with Finding Refuge: Telepathic warrior Talia Avi, genius engineer Miki Boudreaux, and augmented soldier Faigin Balfour fought the fascist Federated Colonies for ten years, following the charismatic dissenter Jon Churchill. Then Jon disappeared, Talia was thought dead, and Miki and Faigin struggled to take Jon’s place and stay alive. When the FC is unexpectedly upended, Talia is reunited with her friends and they are given sanctuary on the enigmatic planet Refuge. The trio of former guerillas strive to recover from lifetimes of trauma, build new lives on a planet with endless horizons, and forge tender new connections with each other.
View all posts by Victoria Janssen →
This entry was posted in bea, conferences, images. Bookmark the permalink.