This post was originally written for Midnight Moon Cafe. 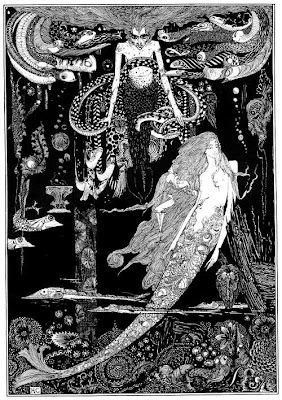 I was a reader and writer of science fiction and fantasy long before I read romance, and in many ways my reading tastes still reflect that early influence. I tend to favor paranormal romances that have dense worldbuilding that makes sense to me and holds up to questioning. I think, in general, that’s a good thing, because anything that can contribute to the realistic/true feel of a story means the reader is less likely to be thrown out of their imagination and into the cold. True, a paranormal romance must focus on the relationship between hero and heroine, but their conflicts can seem much more real if the world in which they live is fully realized. In urban fantasy, which often tends to series format, a well-developed world is even more necessary, and should grow more complex over time, so the readers (and writer) don’t become bored.

To me, one of the keys to creating a world that seems real and layered is to ensure that the world has boundaries. And that when those boundaries are trespassed, there are consequences.

It doesn’t matter if the paranormal character is “traditional” (vampire, werewolf, ghost) or a creature you’ve created. As with any other character, you have to decide what they want and why they can’t have it. Those issues can be tied tightly into the paranormal aspects of both the character and her world. Barriers to achieving their goals might be supernatural or magical as well. For example, what if the hero can only live in sunlight and the heroine can only live in the dark? Those limitations instantly generate an external barrier that yields conflict, which yields plot. There’s a reason the “he’s a vampire, she’s a vampire hunter” setup is so popular! 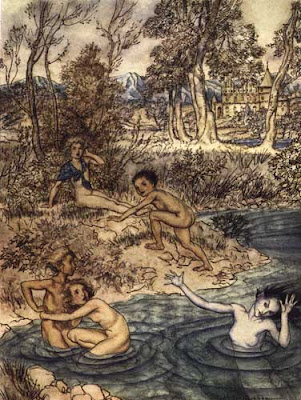 Characters with paranormal boundaries to cross means the stakes (wooden ones, even!) can be even higher for them. A vampire’s failure might mean not only death, but eternal torment. A werewolf might not merely lose her boyfriend, she might accidentally eat him. The consequences can significantly ramp up the story’s tension. Overcoming them can result in a more intense payoff at the story’s end.

Finally, boundaries and their consequences are important as turning points in the plot. The characters might have a single significant problem to overcome at the book’s climax. Leading up to that, the characters can face subsidiary problems, all of them related to the paranormal worldbuilding elements. First, the hero is freed from the tree where he’s been imprisoned. Second, the heroine demands payment for freeing him – he must pay her a portion of his soul. He doesn’t remember they were once lovers and she gave him part of her soul; he refuses. Third, the heroine begins to die because the hero hasn’t complied. Each boundary causes a problem for the characters, and they must find a way to cross it – or avoid crossing it – and survive the consequences.

Victoria Janssen [she, her] currently writes cozy space opera for Kalikoi. The novella series A Place of Refuge begins with Finding Refuge: Telepathic warrior Talia Avi, genius engineer Miki Boudreaux, and augmented soldier Faigin Balfour fought the fascist Federated Colonies for ten years, following the charismatic dissenter Jon Churchill. Then Jon disappeared, Talia was thought dead, and Miki and Faigin struggled to take Jon’s place and stay alive. When the FC is unexpectedly upended, Talia is reunited with her friends and they are given sanctuary on the enigmatic planet Refuge. The trio of former guerillas strive to recover from lifetimes of trauma, build new lives on a planet with endless horizons, and forge tender new connections with each other.
View all posts by Victoria Janssen →
This entry was posted in genre, paranormal, writing craft. Bookmark the permalink.

4 Responses to Making the Paranormal Real: Boundaries and Consequences