In keeping with my run of guest posts on vampires, this is a special edition of Linkgasm focusing on our bloodsucking (and lifesucking) friends outside of Europe. 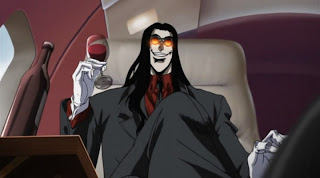 The pontianak and the langsuir, from Malaysian and Indonesian folklore.

From the Carribean, the soucouyant.

The Top 70 Vampire Movies of All Time at Snarkerati.